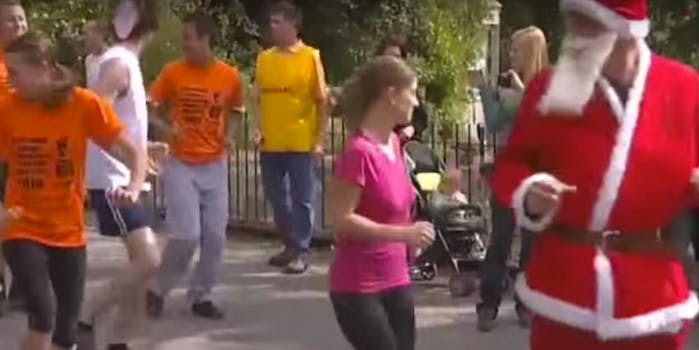 As if racing backwards weren’t strange enough, someone’s gone and reversed the footage from a rear-facing race so that it looks like these people are running forward (but really need to use the bathroom).

They also kind of look like they are running away from a monster they are more amused by than afraid of, since they spend the majority of their time looking over their shoulders and laughing.

The YouTuber who uploaded this clip seems really into showing things in reverse—their channel also includes this reversed video of people (and one cat) sliding down a fire pole.

Here are our suggestions for some other fun things to show in reverse: