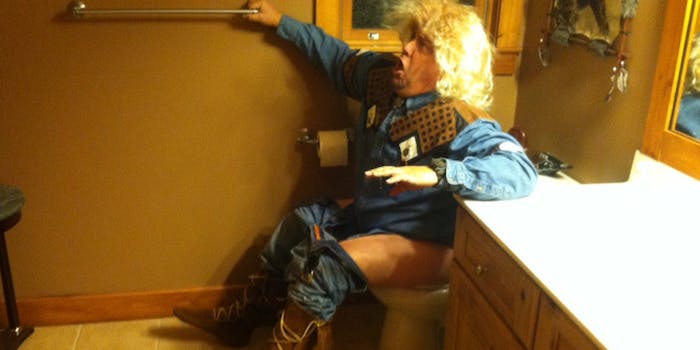 What's dumber than 'Dumb and Dumber'? A bachelor party inspired by the movie.

A group of middle-aged men from Chicago recently visited the tiny town of Hatfield, Wisc., for an ice fishing bachelor party. But instead of sticking with the typical bachelor party fare of beer and bros, the men decided to throw a Dumb and Dumber–themed party. And they did one hell of a job, too.

BroBible reports that the group of men traveled all the way from Chicago to the town of Hatfield, which has a population of approximately 140 people. All 141 townspeople are probably still in shock after witnessing the crew recreating the film’s iconic sword fight scene:

A bunch of Bros in their 40s recreated Dumb and Dumber on a bachelor party, inlcuding the sword fight scene when entering a bar. 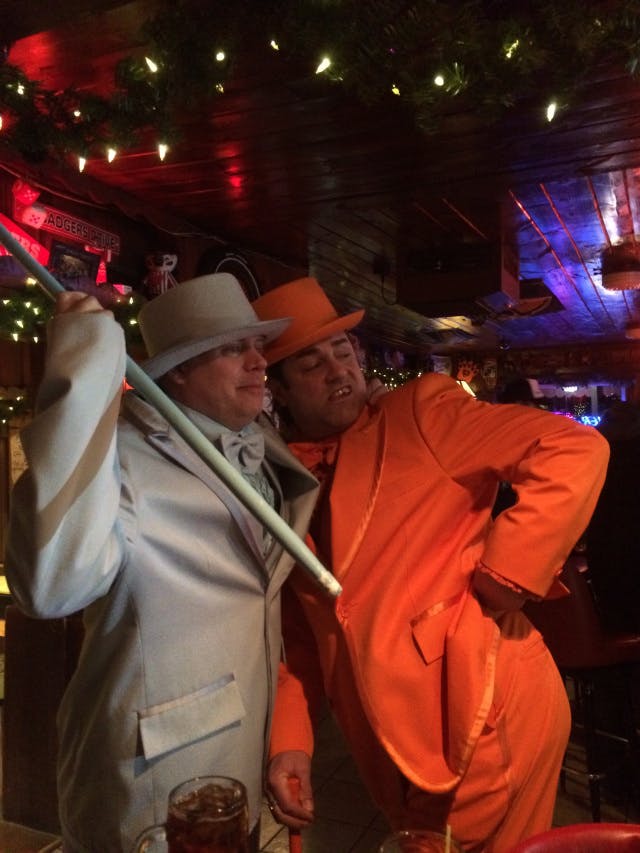 But their dedication to the theme went beyond clothing. Check out Lloyd’s chipped tooth, as seen in the original movie: 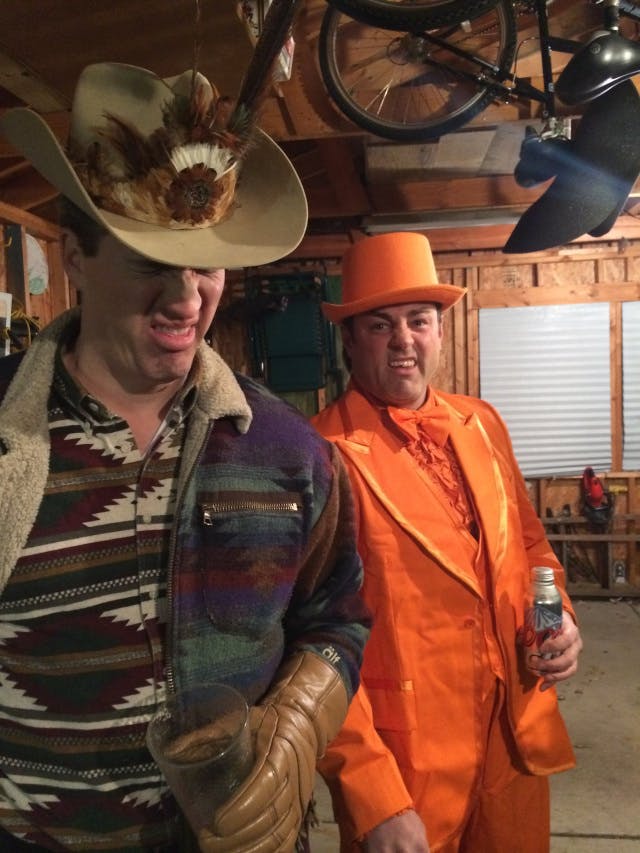 What makes it so hilarious is that these men aren’t exactly of bachelor party-attending age. In fact, they look like they’ve been getting AARP newsletters in the mail for quite some time now: And then there’s this dude’s hat. 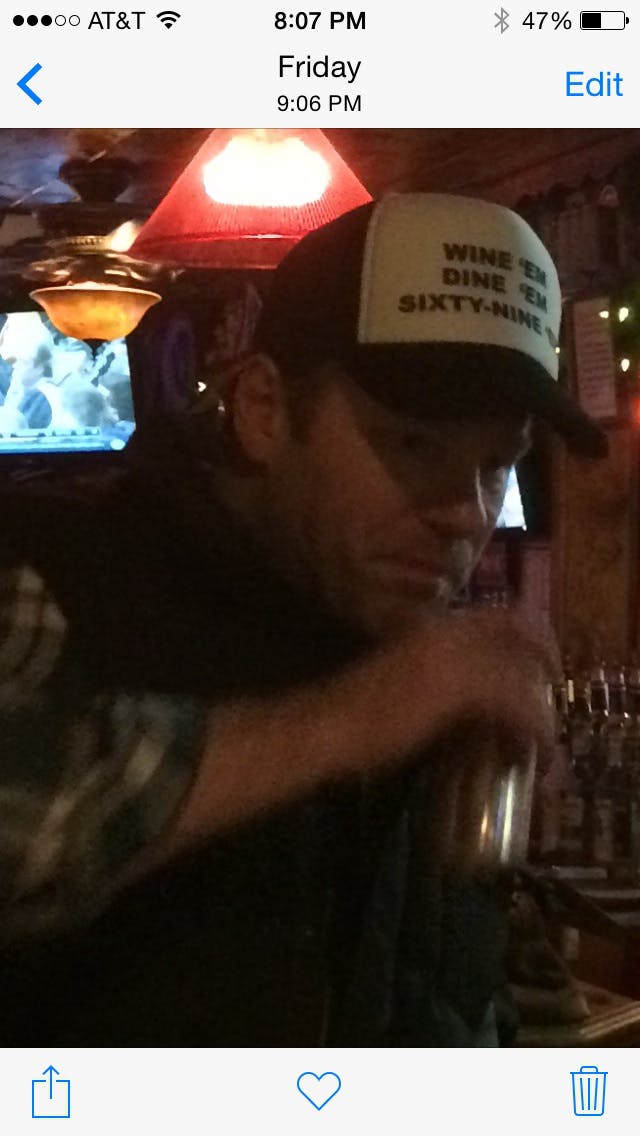