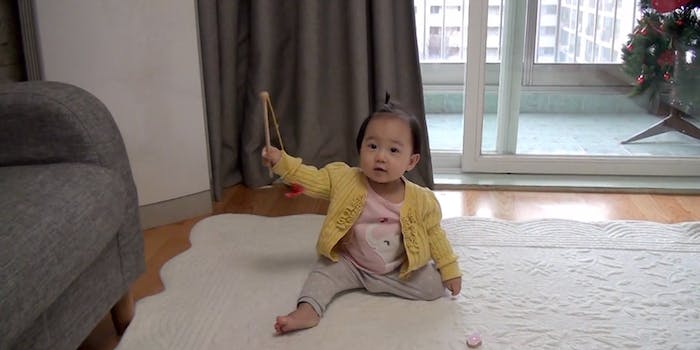 Nothing beats the awe we find in watching children learn how the things we take for granted actually work. Yeseo just turned 1, and she’s just discovered a source of endless amusement for years to come.

Yeseo is a lot less vocal, but is nevertheless curious and entertained with her fishing rod and magnet fish. It may take her years to realize the physics at work, but for now she’s just happy to experiment.

And she has yet to try sticking the magnet up her nose.

At least she’s handling this a lot better than the horror of wearing her first pair of shoes. She already has the right idea. Shoes are just terrible.