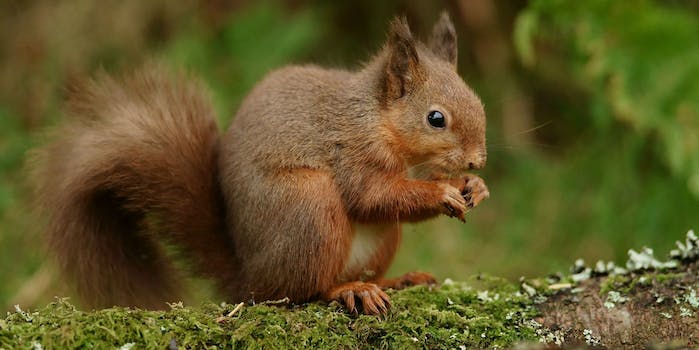 You know you're jealous.

No matter how well your life is going, it’s nothing compared to a week in the life of 19-year-old Jake Smitka, who was unexpectedly befriended by a baby squirrel living near his home in Amsterdam, New York. They hung out, drove around listening to trap music, and shared meals together.

Oh, and Smitka put it all on Snapchat to maximize your jealousy.

I'll never forget the day I met this baby squirrel. Hope you're doing big things now. You weren't just a squirrel to me. You were my son. pic.twitter.com/8dSXkesGP9

How did this happen? From the sound of it, Smitka has some straight-up Disney Princess charisma. He told BuzzFeed that he would put the little critter—which he named Wilson—in trees, “but he would always follow me back inside.” Guess he got a taste of that decadent human life, nahmean?

The pair hasn’t been chilling much of late, though, with Smitka saying he hasn’t seen Wilson in a while, though his dad did spot him recently. With winter just around the corner, he’s probably busy collecting acorns.

Or he just got some cooler friends.