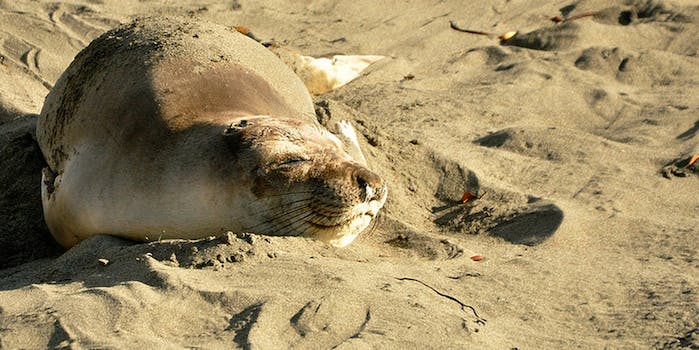 Nothing has ever been this chill.

Is there a way to write up this GoPro video without copy-pasting the phrase “baby seal on a surfboard” several dozen times and hitting “publish”? Not according to best SEO practices.

But sure, I’ll give it a go: Basically, what we have here is a classic case of a baby seal on a surfboard, courtesy of Matt Stanley, who ran into the slippery little fellow while catching some waves off the coast of Northumberland, U.K. The pup played with him and buddy Andrew Flounders for the better part of an hour, and even tried to follow them back to the beach.

In conclusion, this has been a baby seal on a surfboard. You may now resume whatever humdrum activity you interrupted for a brief glimmer of unadulterated perfection.