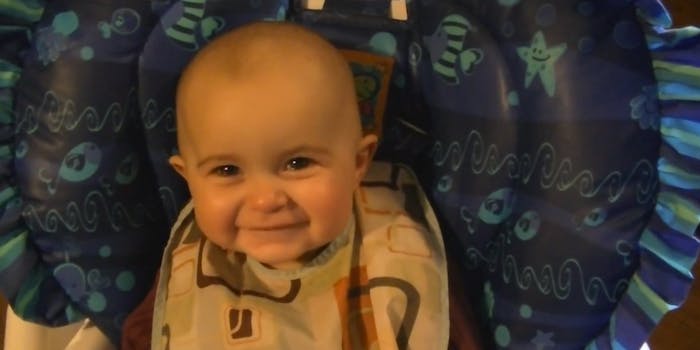 Watch this baby display every emotion imaginable in 2 minutes

Usually babies aren't able to express more complex emotions until they're older, but this 10-month-old might just have a fast start.

Can a baby be moved by music?

Usually they aren’t able to express more complex emotions until they’re older, but this 10-month-old might just have a fast start.

Her mother begins by singing to the baby in this week-old video and tells her daughter to let her know how she feels.

She might not be able to talk just yet, but whether she’s actually processing emotions or just reacting to the tone or volume of her mother’s voice, her expressions are priceless.

“[I]f you had asked me if a baby could be moved to tears by a work of art—even music—I would have told you I doubt it,” Tedesche wrote on Reddit‘s r/videos. “It’s kind of thing that seems like it should require higher-order cognitive association to produce. Thanks for posting this. The human mind never ceases to amaze….”