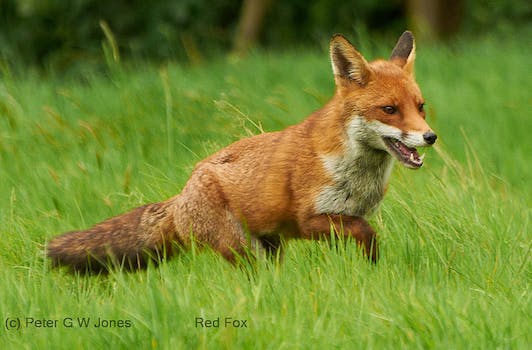 Foxes sneak into backyard and discover the joy of toys

Staying up late sometimes has benefits for the fox who's ready to play.

Wild foxes apparently like to play with balls that are left overnight in the backyard.

If you believe otherwise, here’s the visual moving pictures proof.

It’s nice to see these guys having the times of their lives with something as simple as a ball—kind of like a 3-year-old toddler who’s suddenly discovered an empty cardboard box.

According to the redditor, ScaredOfTheMan, who posted the video, there were actually three foxes playing in the moonlight at 1am, and the poster said he stayed up for an hour watching the foxes play with his kid’s ball.

“It was totally worth the loss of sleep,” he wrote.

And of course, if you thought you’d be funny and ask what did the fox say, he or she was unavailable for comment. But it’d probably be something along the lines of, “Man, playing with this ball is awesome.”

Photo via Flickpicpete/Flickr (CC BY ND 2.0)