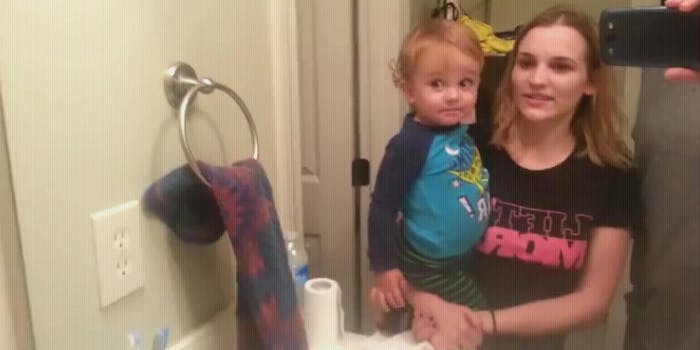 Baby discovers his eyebrows for the first time

Dwayne "the people's eyebrow" Johnson has nothing on this kid.

Wrestler-turned-actor Dwayne “the people’s eyebrow” Johnson has nothing on Leon the “baby’s eyebrow.”

In a YouTube video captured by Leon’s father, the baby can be seen staring into a bathroom mirror and discovering his eyebrows for the very first time.

The video was posted on Reddit’s r/videos by the baby’s uncle, and redditors gushed all over it.

“Stuff like this makes me really appreciate being able to grow up with technology,” radioheadd commented. “A lot of people complain about how we use it too much and rely on it and all this other stuff, but when you really think about it, stuff like this is so cool. Twenty years from now this kid will have a video of him as baby, laughing with his parents when they were young.”