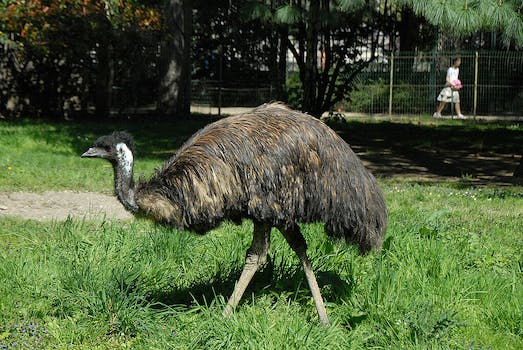 Ridiculous baby emu tries to start a fight with a dog

We're calling it now: emus are the most ridiculous pet you could possibly have.

There’s no getting around it: emus are weird-looking birds. And when you put an emu in a house with a dog, they look even weirder.

As a flightless bird whose wings are next to nonexistent, this baby emu looks seriously bizarre as it dances around the room with the dog. It kind of looks like it wants to fight, but without any arms, it’s basically flailing around uselessly.

As the emu’s owner, Sue Holmes, wrote on Facebook, “Even bad days are made brighter with an emu.” Having seen this video, we definitely have to agree.