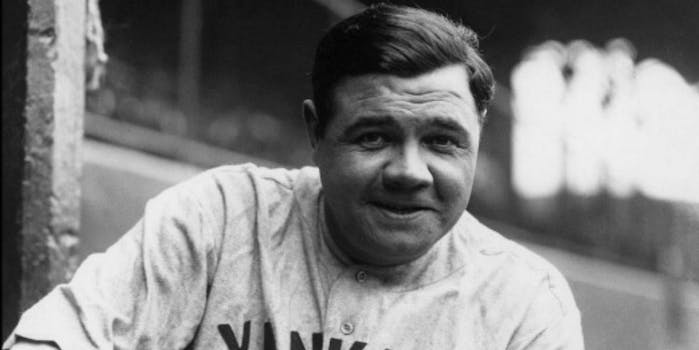 Screengrab via The Reaper Files/YouTube

This is Ruth's money shot.

If you’ve ever wanted to own a photo of baseball legend Babe Ruth pretending that his bat is an oversized penis, you’re in luck. Anybody who’s interested in such an image can log on to the Lelands auction website and put in a bid for the rare photo.

Before you lay down your money—and at the time of this writing, you’d have to be willing to part with more than $1,948—take a gander at the phallic photo. 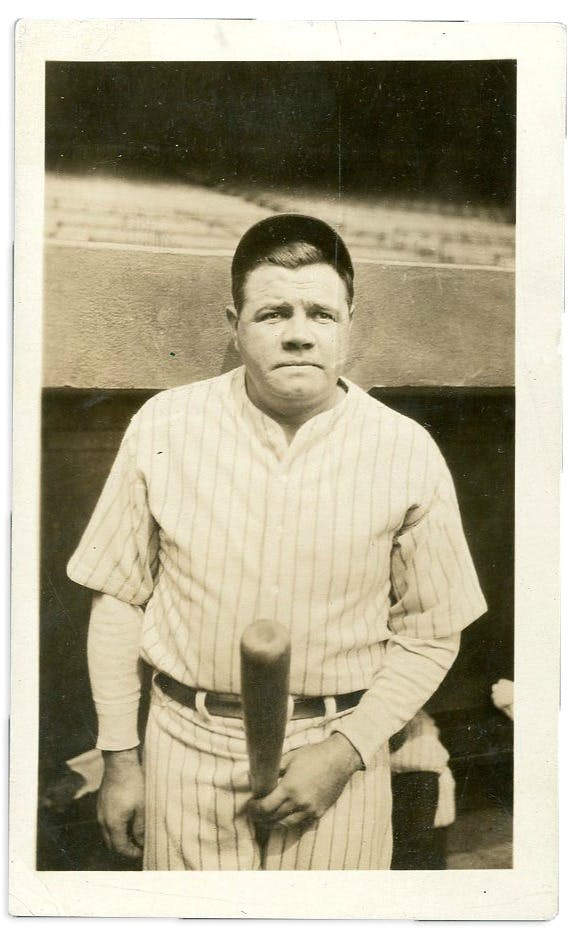 As the sports auction house notes, the Ruth shot is “one of the most unusual and interesting Babe Ruth photographs ever offered for public sale. Incredible snapshot photograph shows the Babe with bat between his legs like it was his penis. A Type I personal photo that is a one-of-a-kind.”

Ruth’s former Yankees teammate and friend Ed Wells took the photo, and it was probably snapped some time between 1929 and 1932.

As for how large Ruth’s member actually was, there’s documentation that he was probably well-endowed (or, at least, a respectable size). From Robert Creamer’s book, Babe: The Legend Comes To Life: 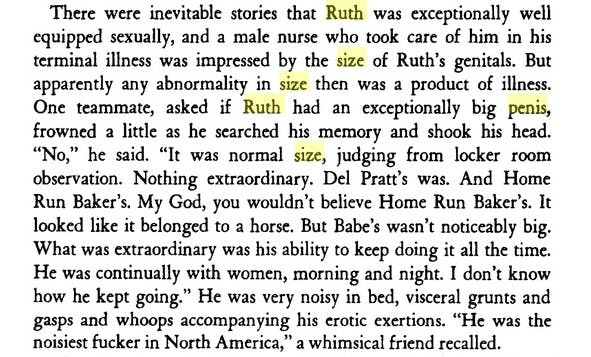 And in late 2013, Deadspin discovered this GIF of what happened when Ruth swung his bat.

Now, though, you can have a photo of Ruth acting like he has the largest piece in town.

As Lelands notes, “[The photo] is an interesting reference to the prodigious size of Ruth’s member which remains a part of the Bambino’s legend. It is interesting to note that this perfectly embodies the camaraderie of the Babe and his teammates or actually of any players in team sports. No one else would have or have access to this kind of image.”

And no one but the Babe, after all, could have produced this kind of morning wood.