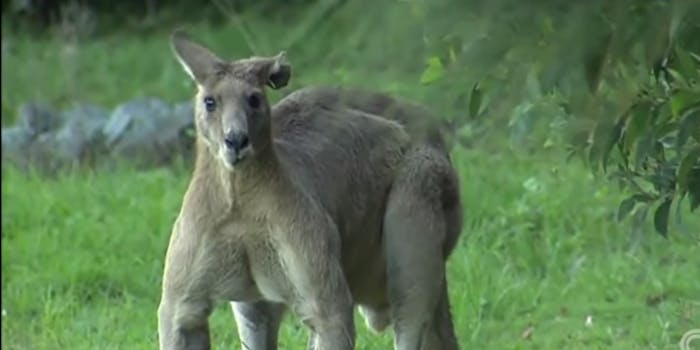 Just another day in the Australian suburbs.

Prepare to witness the most Australian problem ever.

A quiet suburban neighborhood in Brisbane, Australia, has recently played host to an unwelcome guest: a freakishly muscular kangaroo.

The kangaroo likes to hang out in public places, including parks and the local golf course, and has been nicknamed Big Buck due to his huge muscles. Some residents find him pretty intimidating, which is understandable given the fact that their neighborhood was invaded by a 6’6″ wild animal.

For the moment, locals seem content to let him roam the streets. Stay true to yourself, Australia.