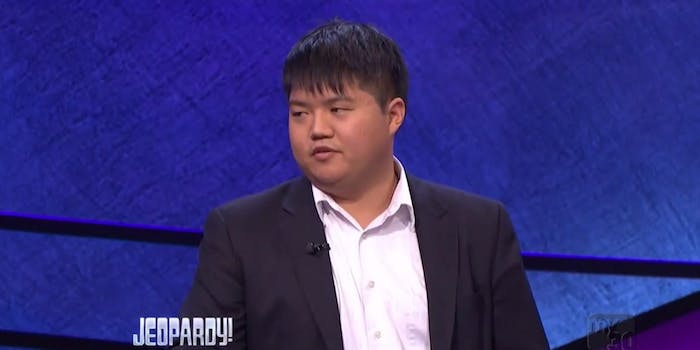 Weird Al gets an appropriate update.

Controversial Jeopardy! champion Arthur Chu finally lost after winning just shy of $300,000, but he found the perfect tribute to mark his crushing defeat.

Chu was loved and hated by fans for his aggressive tactic of finding all of the Daily Doubles early in the game and betting enough to just beat his opponents, and it even gained him a following online. Having filmed his appearances on the show in November, he had plenty of time to figure out how to acknowledge the eventual loss.

And once everyone knew, he posted a video of himself channeling “Weird Al” Yankovic.

Yankovic’s “I Lost on Jeopardy” might be a parody, but it’s the perfect swan song for Chu.