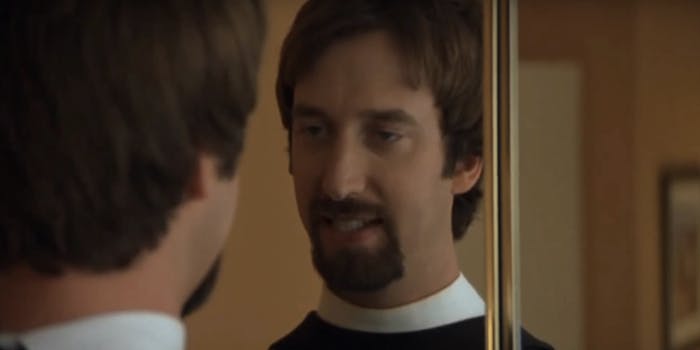 Probably not worth it.

Remember that VHS you rented from Blockbuster in the early 2000s and never returned? You do? Well, get ready to go to prison.

“But why would I go to jail for a video I borrowed a decade ago? No one even remembers VHS tapes anymore,” you’re probably saying right now. Au contraire, my friend. You may have forgotten leaving your rented copy of Bring It On at your aunt’s house in 2002, but law enforcement has not.

That’s right, dude was arrested for failing to return Freddy Got Fingered.

For those who don’t remember this piece of cult cinema, it was a gross-out comedy about Tom Green doing Tom Green stuff (like jerking off a horse), and it received a record five Razzie Awards for being, at best, terrible. A movie this shameful is not worth serving time for. If he was late returning a laserdisc of Citizen Kane? Sure, lock him up and throw away the key.

So what can be taken from all this? Well, Tom Green himself said it best:

I just saw this and I am struggling to believe it is real. https://t.co/GrTXoUj29X