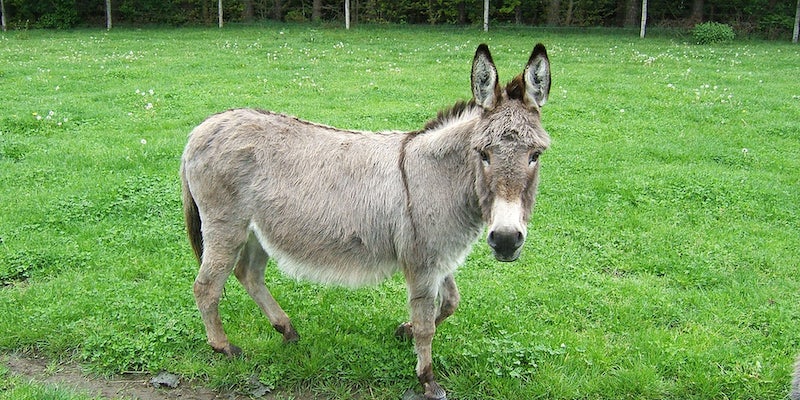 Just another day in law enforcement.

Police in Norman, Oklahoma, had to deal with a total ass on Tuesday morning.

Officer Kyle Canaan responded to a call of a donkey on the lam in one of the town’s streets. He apprehended the hoofed criminal for safekeeping until the owner could be located, then gave it a ride home in the back of his squad car, capturing the moment on Facebook for posterity. 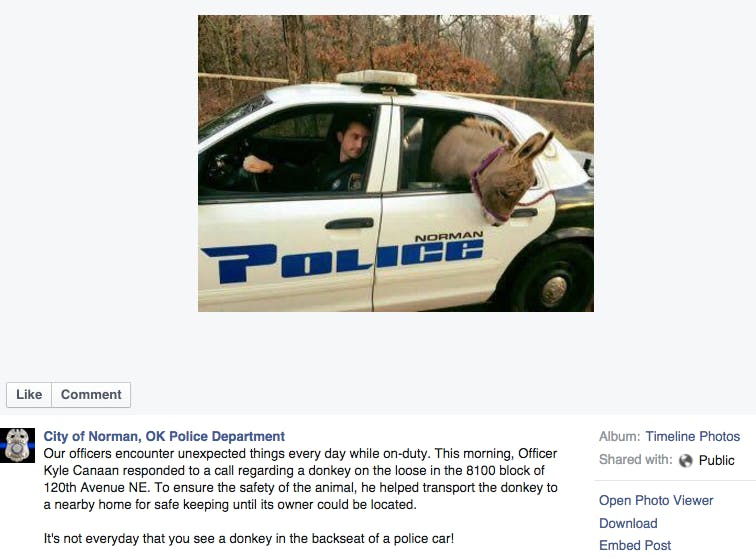 We can’t confirm whether the donkey pooped in the the car like this Detroit pig did when it was “arrested” earlier this year, but either way, that backseat can’t smell great right now.