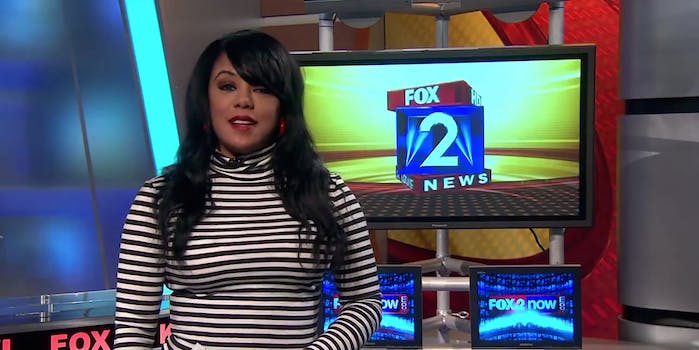 News anchor calls out colleague for insulting her appearance on-air

She probably had no idea her shirt would elicit such a response.

That’s what happened with Fox 2 St. Louis’s Tim Ezell Tuesday morning as he threw the camera to his colleague April Simpson. Trying to be funny, he commented on her black-and-white striped top by referencing a famous fast-food villain.

Simpson wasn’t having it.

The clip quickly went viral in part due to a Facebook post from Kevin Hart, which has been viewed more than 1.9 million times. Hart’s followers quickly began to make memes.

Apparently I've been made into several memes.. #fox2 #wrongforthis #thatshirt

When a male anchor can wear the same suit every day for a year without anyone noticing, while his female colleagues get berated for their appearance, what’s in this video is not that surprising.

Simpson, though, has somewhat embraced the viral clip and the memes that popped up.