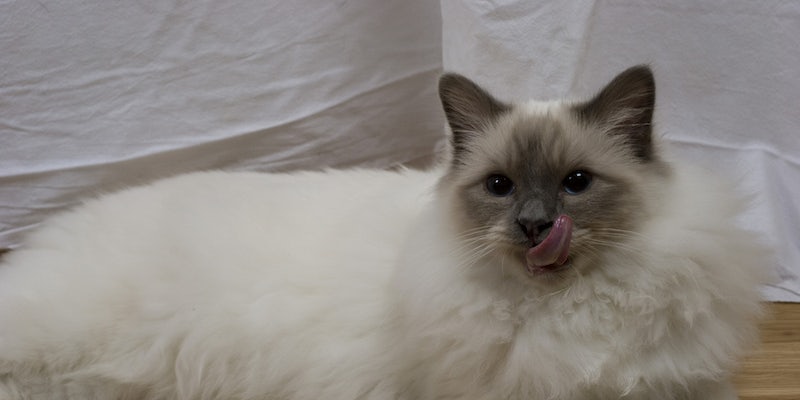 Congratulations, everyone! We did it. We officially reached the apex of American technological innovation. Let’s all give ourselves a round of applause, and cue the “Carousel of Progress” theme song. 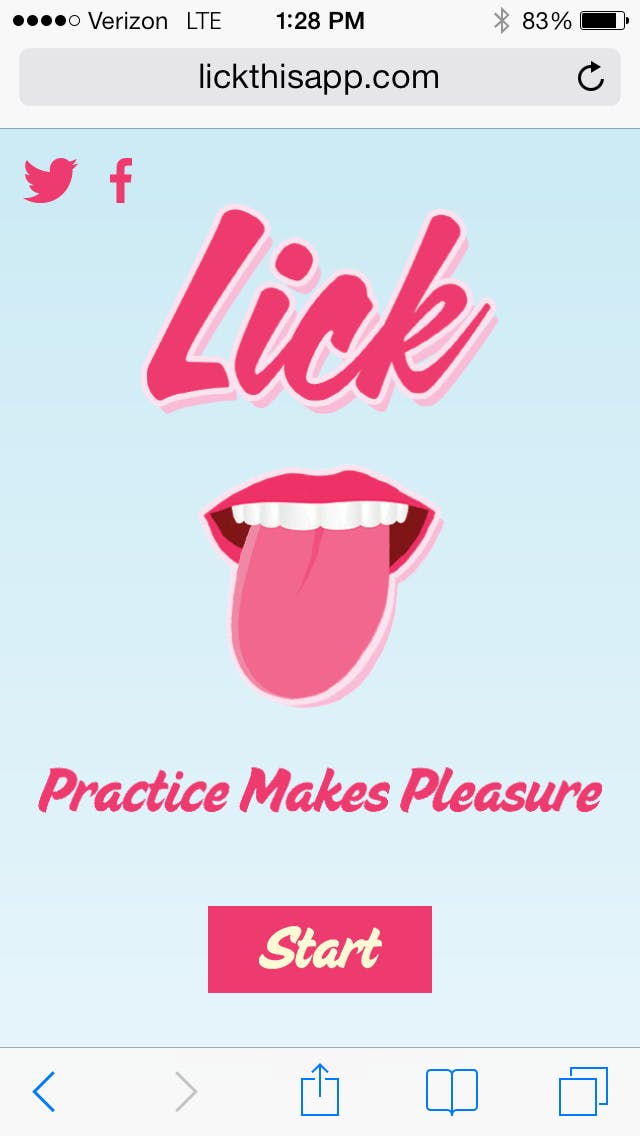 Designed by Club Sexy Time, Lick This asks users to train their tongues by licking in various motions, such as flipping a light switch off and on (“up and down”), making a circle with a pencil (“circles), or bouncing a beach ball (“freestyle,” because apparently we’re already so nostalgic for Sochi that we’re referring to sex acts in the context of Olympic competition). 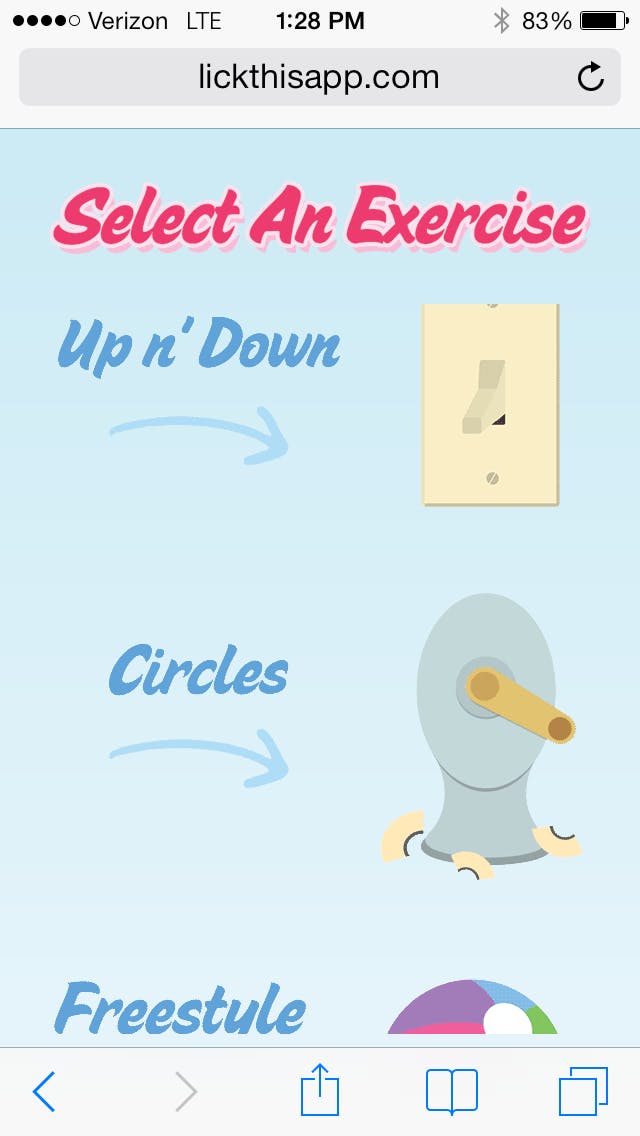 But of course, the grossness of the logo is secondary only to the grossness of the premise of the app itself, which, in case you forgot, asks you to lick your iPhone screen repeatedly to practice your oral sex skills. Aside from a manhole cover, a gas stop restroom floor, or a rectal thermometer in a developing nation’s army hospital, I cannot conceive of a surface as germ-ridden and unsanitary as that of my iPhone. Not that I do anything particularly disgusting with it, but let’s just say that if a cop from CSI ran a white light over it, I would not be remotely surprised by anything that might come up.

Although Lick This recommends that you place a plastic sheet over your iPhone before using it, it’s hard to imagine that doing much good. If you care enough about your health to not make a habit of sucking on toilet flushers, or rooting in dumpsters for used hypodermic needles, this app probably isn’t for you.