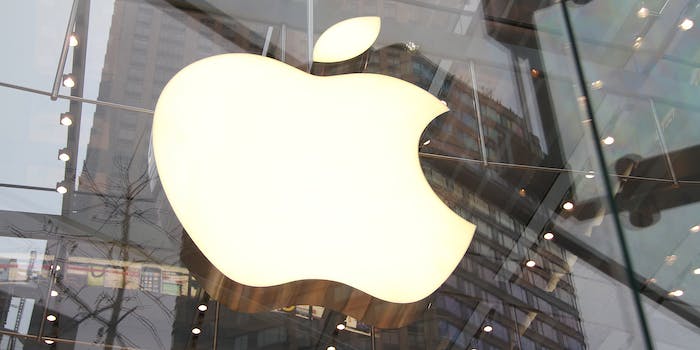 It’s a poorly kept secret that Apple has a growing software problem. Every new version of the iPhone is applauded for its sleek external design and consumer-friendly usability—but each successive edition of iOS seems more clunky than the one before it.

The company’s foray into mimicking the success of Google’s mobile apps have been as confused and lost as the directions you get from Apple Maps. Even iTunes, once the most popular media player on the market, has become an open target of derision among programmers and design experts. John Martellaro of Mac Observer called the latest edition of iTunes “unintuitive, confusing, and inconsistent” and the Atlantic’s Robinson Meyer deemed the Apple Music upgrades full of “institutional cruft,” an affront to longtime users and casual consumers alike.

For an outsider of most of Appledom—I’ve only ever owned Android phones and haven’t regularly used iTunes since my third generation iPod died in 2006—this is a very surprising place to find the company usually hailed as the most important consumer product design outlet since Braun. The latest iPhone models were bought over 66 million times within the first three months of their release, and Apple fanboys are famously—perhaps notoriously—loyal to just about anything the company puts out. It’s why many tech pundits supposed that, if Apple can’t make the smartwatch market work, then no one can.

So why is the brand’s software gaining such a poor reputation? One answer, as Meyer and other programmers have pointed out, is likely an institutional inattentiveness to small design decisions.

Even iTunes, once the most popular media player on the market, has become an open target of derision among programmers and design experts.

However, Apple also fails to deliver in larger, more consistent ways that leave iPhone and Mac owners disappointed in the much lauded products they’ve typically shelled out top dollar to own. Due to its ongoing software issues, Apple has created an entire slate of products people increasingly hate the experience of owning—yet continue to buy.

Take, as evidence, the growing discrepancy between their growing sales figures and their slipping consumer satisfaction. At the same time the iPhone 6 allowed Apple to break its own records, Samsung finally surpassed Apple in a survey of how content their smartphone customers were with their handheld device. According to the American Customer Satisfaction Index, Samsung earned 81 points out of 100 from a poll of 70,000 smartphone owners, while Apple slipped to 79 (the lowest was LG with a 73).

It’s a small victory for Samsung—which owes no small part of its success to aping Apple, as the S6 is nearly outwardly identical to the iPhone 6. So why the discrepancy? Because Android is kicking Apple around the playground when it comes to apps and software for its phones. In a year that boasted solid reviews for Google’s Android Lollipop mobile OS, Apple suffered numerous embarrassments in rolling out its own upgrades. iOS 8’s initial rollout disabled cell service for many iPhone owners, and while Siri once defined the market for digital voice assistants, Google Now has bested the famous female app in tests for accuracy.

Perhaps the most telling sign of Apple’s software problem is the rate at which people use Google services on iPhones while ignoring most of Apple’s in-house offerings. As programmer Matt Wilcox has opined, most Apple-made iOS apps are comparatively useless to the offerings of third parties—best when collected into a folder labeled “Apple Trash.” As Wilcox writes, “arguably the only bit of software that lives up to Apple’s standards in other areas is iOS itself.”

This preference, if not a reliance, on Google apps for most iPhone users is one reason Apple co-founder Steve Wozniak went so far as to suggest Apple should just release its own Android phone. His suggestion at first seems ludicrous, but many in the technorati noted that there was a kernel of truth to it. Wired’s Mat Honan even suggests Apple could “fork” Android—an open source software—the way Amazon has, blending it into Apple’s own aesthetic.

This would result in something not entirely unlike Android. But as Business Insider’s Dylan Love (also a contributor at the Daily Dot) notes, “given the nonstop vitriol between iOS and Android figureheads, inroads of that level seem downright improbable.”

Due to its ongoing software issues, Apple has created an entire slate of products people increasingly hate the experience of owning—yet continue to buy.

The debate over a prospective iAndroid only serves to highlight the discrepancy between Apple’s famed and typically successful design ambitions with the current state of its software. No Apple service highlights that gap more than iTunes which—with the release of Apple Music and streaming Beats1 Radio—is officially a hot mess. The launch of Apple’s music streaming service reportedly scrambled the existing music libraries of many loyal iTunes users; in one instance, the SNAFU mislabeled Arctic Monkeys songs as Beatles tunes, while suggesting both were actually recorded by Elliott Smith in 2010.

As one iOS developer describes the addition of Apple Music to iTunes, it’s a “toxic hellstew” and “many of us won’t use Apple Music at all because its integration into our local libraries feels too unsafe.”

iTunes is largely the face of Apple’s services. The software has tied together the new media distribution methods of TV, movies, and music, and its introduction made iTunes the first legal music software to quell the rise of pirating services back in the early aughts. It’s what I used to set up my second generation iPod more than a decade ago—and what I used to set up my kids’ iPod Touch last Christmas. This legacy is an institution among tech users, one that can’t afford to be tainted by a reputation for nonsensical bugs and mistakes.

Why has Apple been content to let its mighty services fall so far? The cynical answer is that Apple is the most valuable company in the history of the world. It has a floor of customer support that elevates the company above the largest enterprises on the planet—in any industry. It doesn’t inherently care if its Maps software drives you up a skyscraper or if iTunes tells you you’re listening to The Decemberists when you’re actually listening to Nicki Minaj.

While these are far from the Achilles heel that will bring the company down, these problems create an aura of apathy around Apple’s software few still dare to challenge.