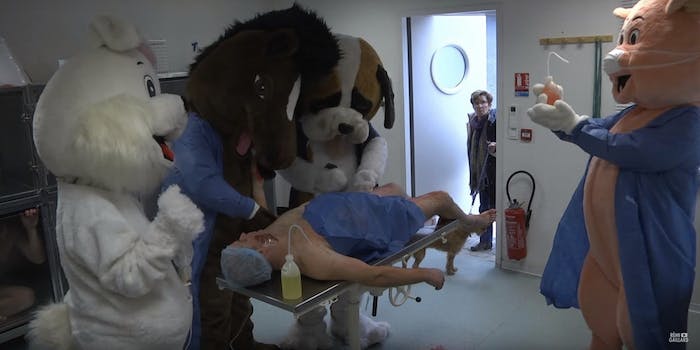 So very 'Planet of the Apes.'

French comedian Rémi Gaillard has reimagined the human and pet worlds, switching the two for a horrifically hilarious video. Instead of you taking Lassie to the vet, she’s the one taking you.

Between the humans in cages and the surgery team full of animals, this video really puts into perspective what we make our pets endure.

Now, what if animals dressed us the way we dress them?