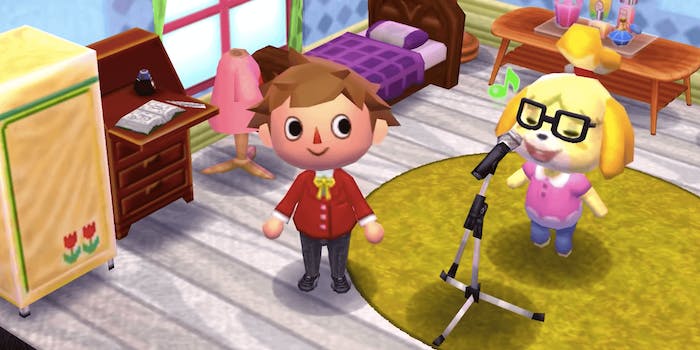 The kindly Shih Tzu might have just dropped the song of the summer.

Americans might be stuck inside self-quarantining for the foreseeable future, but as the weather gets warmer and the days grow longer, people will inevitably need some new bangers for their summer playlists.

The kindly Shih Tzu has many talents and uses within the Animal Crossing universe, and in the series’ latest installment, New Horizons, she reveals herself to be a dynamite vocalist. Several TikTok users have picked up on this fact, including user @maybe.itsmk, who shared a now-viral video of the pupper singing an original composition.

“LMFAOOO HEAR ME OUT THIS LOWKEY SLAPSSS,” @maybe.itsmk wrote of the song. She supplemented the tune with her own ad-libs, including some “yeah”s, “uh”s, and an “Oh, sing it bitch!”

@maybe.itsmk’s video has earned more than 544,000 likes and quickly got incorporated into a myriad of other viral TikTok videos. The song now tracks dozens of imaginary conversations between friends or significant others. One bold TikToker even gave herself bangs (well, she gave her cheap wig bangs) to the sound of Isabelle’s serenading.

The average listener might only hear gibberish when listening to Isabelle’s song (not a detriment), but TikTok user @kitkatloli painstakingly interpreted lyrics to the tune.

When the bubblegum pops

I want you to smile

We had when skies were gray

Why are you crying?

And when the skies are all blue

And all I can think of is you

And the world lights your smile

And shines at the sound of your laugh

I just wanna see you again

It’s hard to deny the sincerity of those lyrics. Isabelle for Song of the Summer 2020.