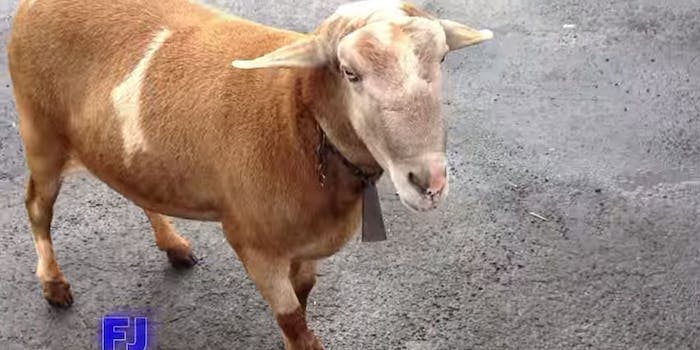 Watch an angry goat take on a small town in Brazil

They should have seen it coming.

An angry goat’s reign of terror may be long over, but its antics continue to amuse Internet audiences.

In May 2013, YouTube user fitasjoias uploaded a video compilation of a goat attacking random pedestrians in a small town in Brazil. Most of its victims run from the animal’s charges, but a brave few attempt to fight back by kicking. One victim even managed to get video of the goat while it was in mid-attack.

Obviously, none of these victims have been exposed to the software that gets them into the mind of a goat. Maybe then the playing field could be leveled.