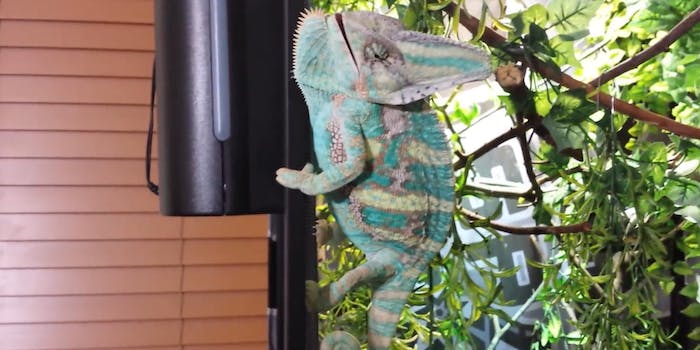 Gringo the chameleon just wants to take a nap, dude!

What do you do when your pet chameleon behaves like a cross between an angry old dude and a Pacific Rim kaiju?

According to this video from YouTube user Alex Perez, you just keep pestering it. That’s right—just keep pissing off that lizard until it tries to bite off your finger.

We’re not sure we’d be comfortable with annoying an angry lizard until it hissed and snapped at us, but to each his their own. And to be fair, many humans react in a similar way when woken up from a nap.