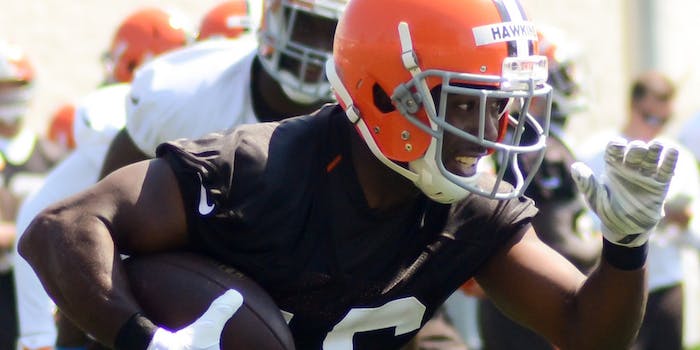 Even children of Cleveland Browns players are fans of other teams

Andrew Hawkins gives his 2-year-old son the boot for being a Bengals fan.

Football loyalties are thicker than blood.

Cleveland Browns wide receiver Andrew Hawkins had a tough choice to make when he asked his 2-year-old son who his favorite NFL players were. It was one thing for him to not say his dad, but quite another to name someone from a division rival.

Tough love was the only way to go, as he jokingly kicked his son out of the house.

A video posted by Andrew Hawkins (@youngbabyhawk) on


As someone who only shared a last name with an NFL player, I didn’t dare oppose that football loyalty, and it’s partly why I support the team that I do.

Good luck, little buddy. It’s a tough world out there, but you’ll still have your favorite team and in the long run that might be better than a legacy of disappointment.