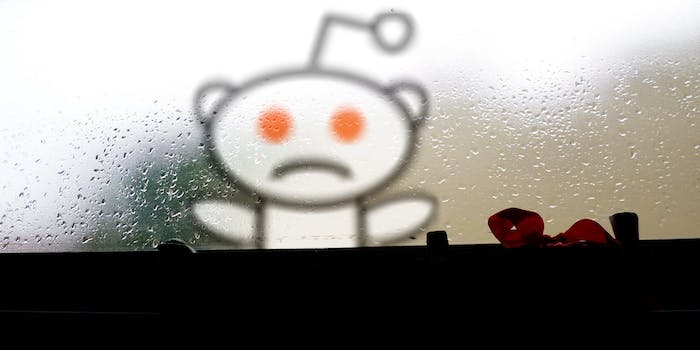 Amy’s Baking Co. owner: ‘Reddit should be closed down’

Redditors would say the same about Amy Bouzaglo's restaurant.

The owners of Amy’s Baking Co., the Kitchen Nightmare catastrophe that has become the most-hated restaurant on the Internet, are calling for Reddit to be shut down.

Amy Bouzaglo made the statement near the end of an interview this month with Arizona’s Fox 10 News to discuss how business has been since her meltdown on chef Gordon Ramsay’s TV show on May 10.

“Those people are insane,” Bouzaglo says. “I didn’t even know what Reddit was. Reddit is for people that have nothing better to do with their lives. … [Reddit] needs to be closed down. … I can’t say anything that’s not filtered and that you won’t have to bleep.”

Bouzaglo became infamous for her bizarre behavior both during the episode (where she made cat noises) and after, when she and her husband, Samy, lashed out against people on Facebook criticizing her and her food.

While the negative press has certainly irked the Bouzaglos, it has also turned the eatery into a household name. Videos of her outburst have been viewed millions of times on YouTube. The restaurant’s Facebook page has gotten over 100,000 likes.

Amy Bouzaglo’s vitriol against Reddit likely stems from a unflattering Q&A one of the restaurant’s former employees, conducted on May 16.

Since Bouzaglo spoke with Fox 10 News, the Reddit community has doubled down on its hatred of the restaurant.

“F**k these people,” watch_your_grammar commented earlier today. “I’m still irritated they basically flipped treating everyone like shit into a huge publicity stunt and on a lot of counts are getting away with it.”