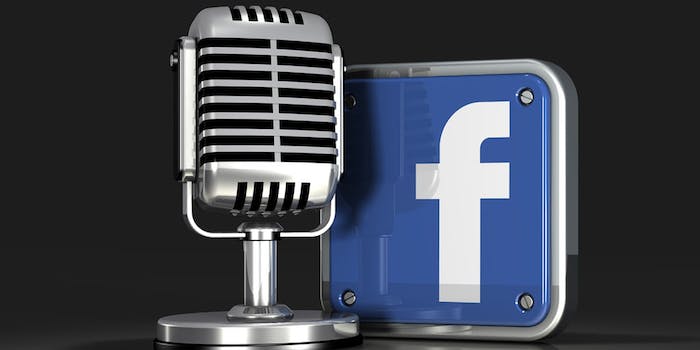 The recent announcement that American Idol is coming to an end, once appointment viewing for tens of millions of Americans, has been met with a collective gasp of “finally” on the Internet. Although the former juggernaut was once seen as an unassailable part of Fox’s lineup, years of shuffling their judges panel and competition from shows like NBC’s The Voice have made the show feel dated, bloated, and vastly uninteresting. Formerly the water cooler talk du jour for much of the country, American Idol today is a slowly decaying relic of a pre-hashtag era.

In more ways than one, American Idol should be remembered as one of the most influential television shows in history. Each week, American Idol showcased three hours of exuberantly decadent television, as if a halftime special could air every week. But it also did an outstanding job of making viewers feel a part of the program. While not the first show to feature call-in voting, the sheer level of audience participation created by American Idol is a monument to behold. In its first season alone, the show collected over 110 million votes. By the end of its peak, more people were voting in American Idol than for the president.

By the end of its peak, more people were voting in American Idol than for the president.

In doing so, American Idol primed a generation for being able to have an actual effect on their entertainment. While great for Idol and television overall, this innovation may have also been the first nail in TV’s eventual coffin. Communal viewing of a TV show—if not direct interaction with its stars—is now a staple of our pop culture. We expect our celebrities to be on Twitter and Facebook, to interact with their fans in meaningful ways.

Unfortunately for shows like American Idol, television is a rather passive medium. By helping us to expect a back-and-forth with our entertainment, American Idol, once the symbol of American television supremacy, foresaw the end of television altogether.

The level of fan participation in American Idol was fairly astonishing at the time. In a 2003 report, AT&T reveals the show’s role in not just familiarizing viewers with text voting but with texting at all. According to the carrier, one third of AT&T customers who voted in the singing competition through texting had never actually sent a text before. Despite being developed in 1992, SMS text messaging was largely seen as a throwback to beepers before teens, by voting for their favorite Idol, gained familiarity with the technology.

Andre Dahan, the president of AT&T, cited his company’s sponsorship of Idol for the rise in texting: “We’ve changed people’s behavior,” he said, “engaging and motivating viewers to use their wireless phones for more than just placing phone calls.”

By helping us to expect a back-and-forth with our entertainment, American Idol foresaw the end of television altogether.

Now, at American Idol’s end, we can do a lot more with our wireless phones than place calls or send texts. We can sext, tweet, post, like, stream, upload, rant, tweetstorm, and just about any other damn thing you might want to do in this world to affirm that you, too, are human. In doing so, we’re often trying to reach out to the people we idolize, the new breed of celebrities who realize responding to constant contact with fans is simply a part of the job.

Ten years ago, teenagers were happy to vote for Carrie Underwood and feel as if they’d affected the world around them in a way that wasn’t purchasing a CD or poster. After a generation became use to such a standard, the fan-entertainer relationship has become far more casual than a massive mainstream factory like American Idol could ever hope for. Teens are very used to their fandoms being long affairs of trends and in-jokes. The biggest stars among teens today are not the gods of Mt. Olympus—they’re Jesus brought down to Earth, or rather to the Internet.

While some mainstream examples—boy bands One Direction and Five Seconds of Summer or perennial fairy-god Taylor Swift—excel at involving their fans in their fame, the true future of entertainment has likely never been heard of by anyone over 25. In an astonishing study last year, Variety found the most well-respected celebrities among kids 13-17 were more likely to be YouTube stars than traditional celebrities. In fact, the top five entertainers with the best reputation among teens were all YouTubers.

YouTube, and digital content overall, is not merely the harvesting ground for otherwise mainstream success as it was for Justin Bieber or Bo Burnham. It is the new center of entertainment. In fact, 64 percent of teens use YouTube as their primary method of listening to and finding new music. What’s driving them is not just the convenience of the medium—YouTube stars are simply engaging with their fans in ways traditional stars can’t, making their fans feel much closer to them.

Which is what we could have said about American Idol 13 years ago. Part of the appeal of Idol was the transformational process its contestants went through as they progressed through the competition. The viewers were able to watch normal schlubs like themselves go from waiting in a hallway to performing in front of millions of people. Much like with reality precursors like The Real World, one of the draws of Idol was that we, too, could transcend our dull lives through fame.

According to the carrier, one third of AT&T customers who voted in the singing competition through texting had never actually sent a text before.

For many teens today, that isn’t even a question. The high bar for singing set by Idol—one of many standards that fell away when Simon Cowell left the show in 2010—held back at least those of us self-conscious enough to admit what we can and cannot do. On YouTube, you could become a superstar by sitting there and playing a video game. You can film your greyhound and talk in a funny accent and 7 million people could watch it. You could be witty on Twitter and have a million ears bent you way or impart awe upon the legions by showing off your makeup on Instagram. With that kind of power handed to you through your cell phone, who cares whether Keith Urban finds you a bit pitchy?

The fall of American Idol is the fall of yet another gatekeeper between creatives and fans. Unlike Idol or The Voice, fame online is largely built upon viewer perception, not by the judgements of celebrities who’ve already achieved Olympian status. Fame today is a maelstrom of chance and charm, not the mills built by Simon Cowell. American Idol will likely be remembered for its lengthy success and influence on other shows, but it’s strongest legacy will be culture of participation and wish-fulfillment that surpassed it and, in doing so, eventually brought it down.