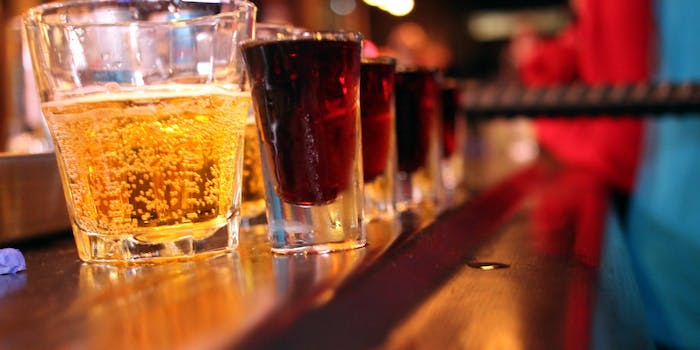 Buy the man a drink.

Have you ever seen a bartender do something so incredible that you thought to yourself, “Wow, I want to bartend now just so I can do that?” You have now: Meet Philip Traber, the Germany-based bartender whose theatrical pouring techniques will drop your jaw.

As you’ll see in the video, Traber sets up a row of Jagerbombs before coolly pouring a leaning tower of Jager shots. It only gets better from there as he pours the shots into smaller shot glasses, and then triggers a domino effect where each shot lands into a glass of Red Bull.

An unseen group of people cheer at the entire presentation, and why wouldn’t they? They just witnessed the coolest way to pour multiple shots. Traber has his own YouTube account, which features other videos of him being an awesome bartender. Let’s hope that this guy gets the raise he deserves (and possibly an endorsement from Jagermeister) for moving the shot-pouring game into another realm.