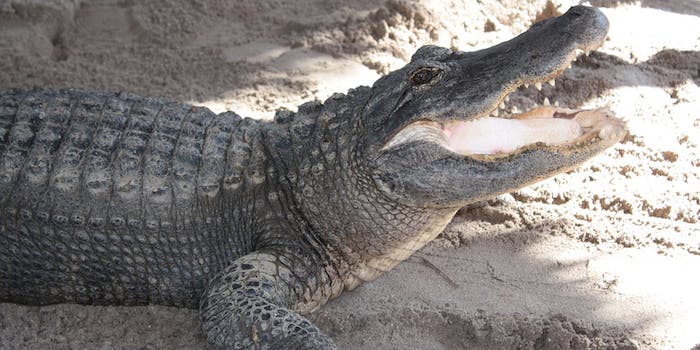 Take a bite outta that.

Forget the shark from Jaws—this alligator is walking around on land and ready to mess you up if you get too close.

YouTube user keet246 spotted the toothy beast and, instead of getting the hell out of there (like a vast majority of humans would), he decides to get a little closer. The gator is not having it, so it reminds this trespasser that it’s king of the marsh by opening its mouth wide. 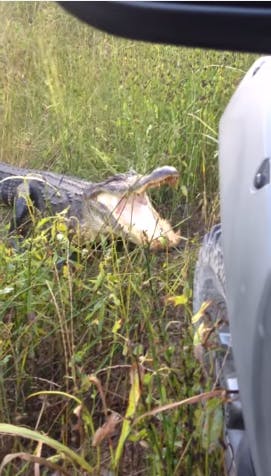 That wasn’t enough of a warning for this dude, so he gets even closer. That’s when the alligator takes a huge bite out of his truck. 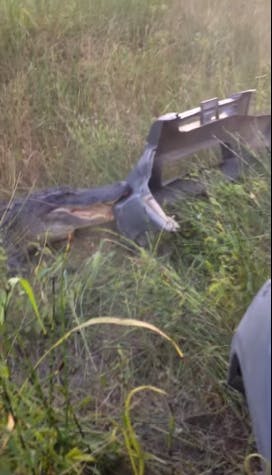