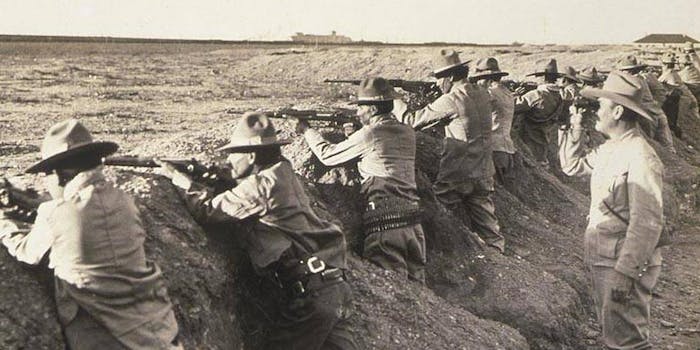 The NSA is only the battle, not the war

We need to prepare for the long haul ahead, where someone, somewhere, will always be reading your email.

The U.S. government might denounce him and others might call him a traitor, but accused National Security Agency (NSA) leaker Edward Snowden got what he wanted. The ongoing series of discourses based on documents Snowden gave to journalists Glenn Greenwald and Laura Poitras have revealed bombshell after bombshell about the widespread intelligence gathering on global communications by the NSA.

These revelations have sparked a global discussion by netizens, media, and governments on the impact of the program on their actions and any potential responses. Now President Obama has announced an official review of the NSA programs to determine whether they match with the nation’s goals or perhaps threaten to undermine the public’s trust. 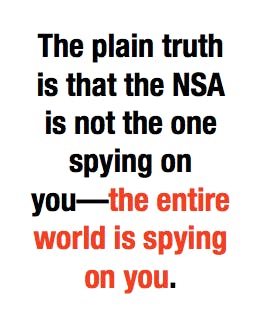 The plain truth is that the NSA is not the one spying on you—the entire world is spying on you. From China to Iran to the United Kingdom, governments are monitoring what you say and do online. Given what we know about the program, it is likely the NSA’s surveillance was the largest and most advanced, but it is certainly not alone in its efforts. The proliferation of surveillance technologies like Blue Coat mean that it is easier than ever for governments to peer into the private communications of citizens. It is only going to get worse.

The digital surveillance infrastructure in the NSA that we see today is only a preview. In time, the same techniques (and likely even technologies) the NSA uses to tap into our lives will be available to a handful of governments; then ten governments; then dozens. As William Gibson put it, “The future is already here—it’s just not very evenly distributed.” The problem is, in that future? Privacy is dead.

What can we do to fight back? Unfortunately there will is no single solution. Even if President Obama curtained the NSA’s spying program tomorrow (which won’t happen), other governments will take their place as the world’s leading Big Brother. We must admit that we are in a long war to defend our privacy and anonymity, rather than a debate with a finite end. In this struggle, laws are only going to take us so far. The fractured international system of states combined with the global nature of digital communications means there will always be a place where is it legal to read your emails. 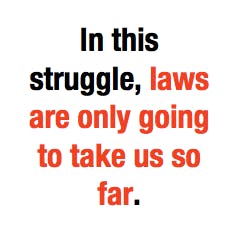 We must recognize that our salvation lies not in the world’s legislatures, but in tools.

We must build tools that make our privacy not dependent on their laws.

The first generation of those tools are already out there, CryptoCat, Tor, and others. More will come soon, but even they are not the solution. We must also demand that the services we use protect our data with open methods, and keep it private by default, instead of giving or selling it by default. Finally, and most importantly, we must instill in ourselves and our communities the norm that privacy it both valuable, and perishable, that encrypted communications are not the exclusive domain of green haired hackers and trenchcoated spies—but rather of our coworkers, friends, and families.