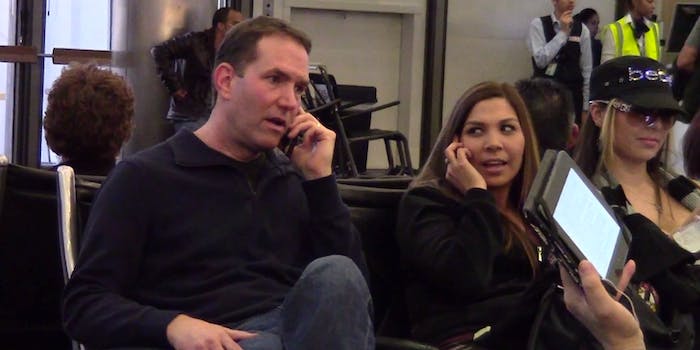 Don't be that guy.

Out of all the things you could run into at the airport, loud cellphone talkers may not be a high priority to worry about, but they’re still pretty annoying.

If you run into one of these people in public, you could hypothetically just avoid them. But in an airport, when everyone is killing time before their flights, it’s harder to get away from anyone—especially if you’re both waiting at the same gate.

So Greg Benson of MediocreFilms decided to bring that annoying habit to their attention by giving them a taste of their own medicine.

He positioned himself next to someone who was on the phone while at the airport and started to respond to everything that person said while his wife secretly filmed nearby. Soon enough, people began to notice the conversations’ similarities.

Next time you’re about to fly and need to reach your loved ones? Maybe just text.