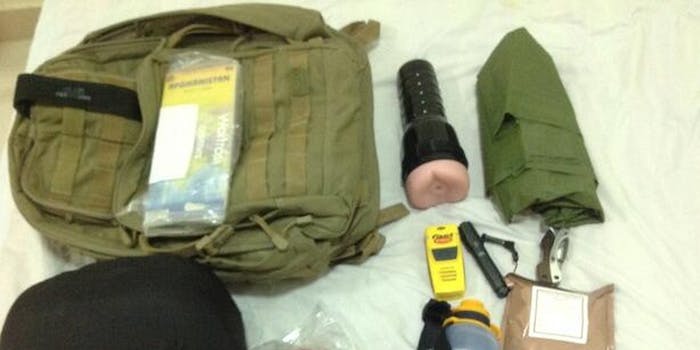 A humanitarian aid worker’s fleshlight just made the news

A home away from home.

With media outlets increasingly reliant on contributions from readers—you know, the sort of stuff that doesn’t get too rigorously vetted or fact-checked—it was probably just a matter of time before the Guardian tweeted a photo of a man’s (presumably broken-in) fleshlight. 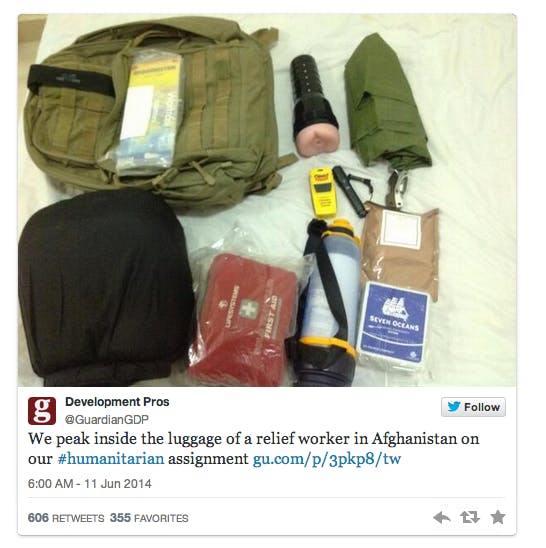 David Higgins, the man who sent the photo to the newspaper for a gallery of supplies that relief workers pack on their missions, had no shame about the rubber sex toy: “We have to travel light here [in Afghanistan], so no luxuries,” he explained: “first aid kit, water filter, emergency rations, flesh light, sleeping bag, ground sheet, knife and distress beacon.”

A chorus of punchlines soon followed, though none punningly incorporated the grating typo in the Guardian’s tweet. Something like “a valley for every peak” might have sufficed.

Lonely job? “@GuardianGDP: We peak inside the luggage of a relief worker in Afghanistan http://t.co/8zs6tQKicy pic.twitter.com/ayAt4oCILb”

@GuardianGDP @Within123 What shocked me most in this tweet was not the fleshlight but the misspelling of ‘peek’!