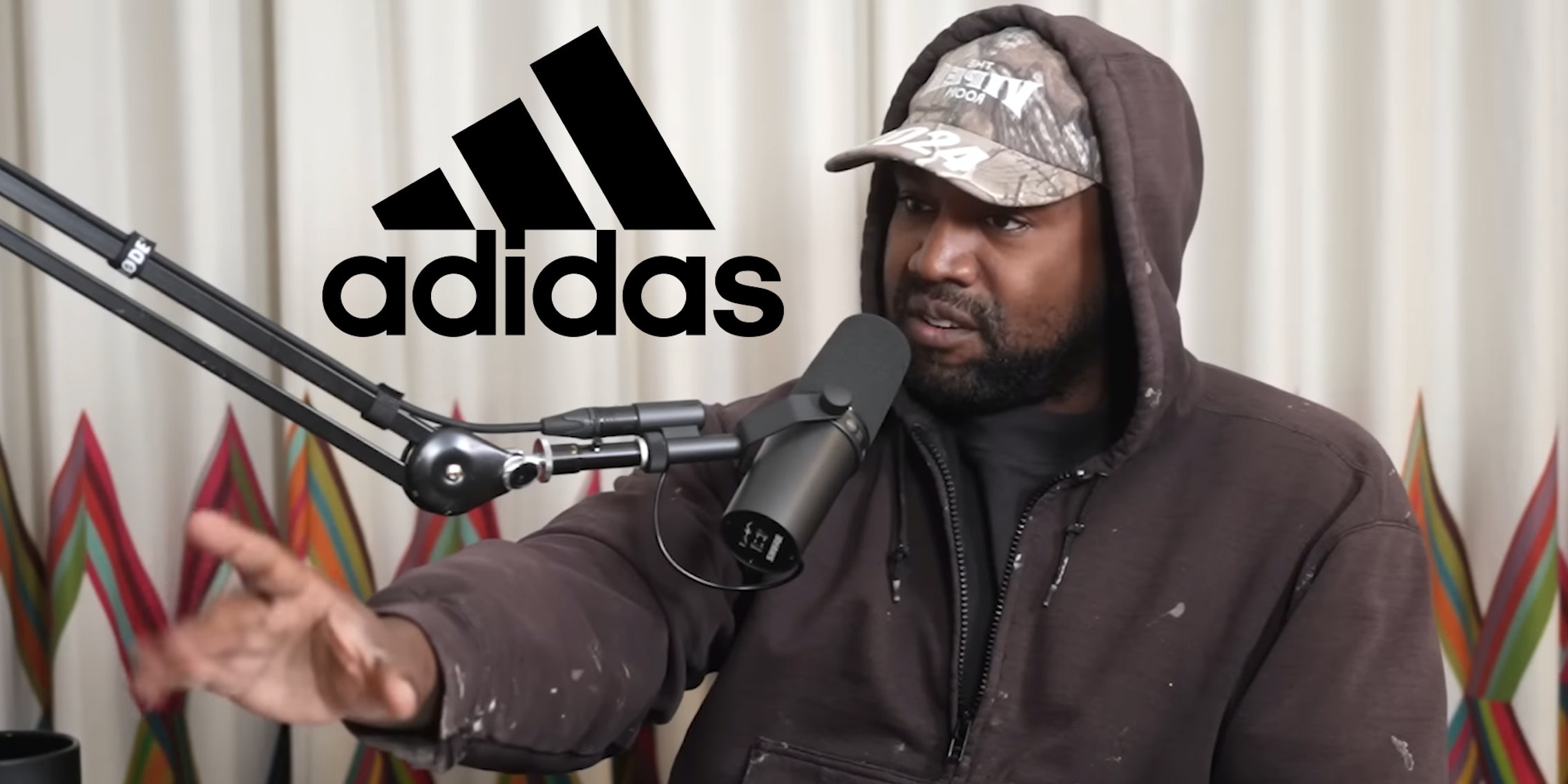 Thanks to Kanye West, people are discovering Adidas’ ties to the Nazi Party

Adidas has finally cut ties with Kanye West, releasing a statement condemning “Ye’s recent comments and actions” as “unacceptable, hateful and dangerous.” This comes after the rapper/designer made a series of antisemitic remarks, coupled with other recent controversies such as promoting White Lives Matter T-shirts and announcing plans to buy the right-wing social network Parler.

By ending this partnership with Ye, Adidas reportedly stands to lose up to $217 million this year. However Ye’s reputation is now too toxic for that collaboration to be deemed worthwhile. All week Adidas faced increasing pressure to cut ties with Ye over his antisemitic comments, and in the process, more people began to discover a dark element of Adidas’ own origin story: A pre-WWII connection to the Nazis.

The name Adidas originated with Adolf “Adi” Dassler, who founded a shoemakinng business with his brother Rudolf in 1920s Germany. The company predates the rise of Hitler, but both Dassler brothers joined the Nazi Party in the 1930s, with Adi becoming an athletic coach to the Hitler Youth. After the war —during which the Dassler shoe factory was repurposed to build anti-tank weapons—the Dassler brothers became rivals, with Adi launching Adidas while Rudolf launched the athletic shoe brand Puma.

Adidas is hardly unique in this regard, with Volkswagen and Hugo Boss frequently facing criticism for their historic affiliation with the Nazis. However Adidas’ origins are less well-known, and thanks to West’s recent antisemitism scandals, the brand’s critics were quick to point out this backstory on social media.

While Ye has a very long history of making antisemitic remarks, the past few weeks marked a turning point in public perceptions. His comments on social media sparked widespread backlash, including criticism from the Anti-Defamation League.

Then on Oct. 16, Ye said on camera, “I can literally say antisemitic shit and Adidas can’t drop me,” essentially taunting his detractors by saying he was immune from consequences. This led the Campaign Against Antisemitism to launch a petition directed specifically at Adidas, with over 171,000 people signing a demand for Adidas to end their brand partnership.

Adidas eventually agreed that this business relationship was untenable, announcing on Tuesday that no more Yeezy products will be produced. Stating that Adidas “does not tolerate antisemitism,” the announcement cites “the company’s values of diversity and inclusion,” highlighting the uncomfortable balancing act between protecting a company’s bottom line while also promoting a friendly, inclusive public image. Kanye West was already a controversial figure, but since he’s the figurehead of a lucrative brand partnership, it took a massive public outcry—including accusations of literal Nazi collaboration—for Adidas to cut ties.