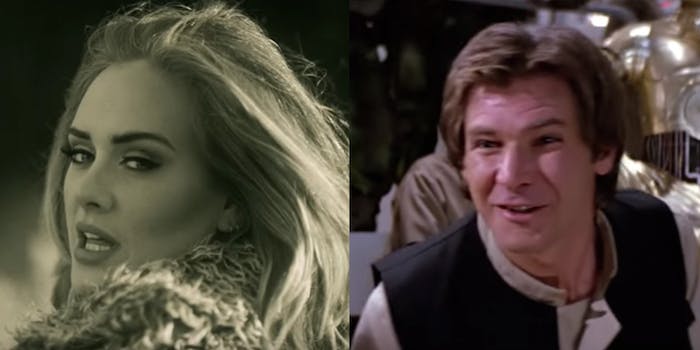 Even your favorite movie heroes can’t escape the massive force of Adele.

Editor Matthijs Vlot has remixed the likes of cinematic classics and blockbusters with the British songstress’s “Hello.” Characters from all sorts of movies have been weaved together to narrate the sultry song’s lyrics. That’s everyone from The Incredibles‘ Edna Mode to Austin Powers’ Dr. Evil. You might not be sobbing this time around from the song, but you’ll surely enjoy seeing the silver screen get wrapped up in Adele.

Really though, everything is a little more dramatic with Adele.