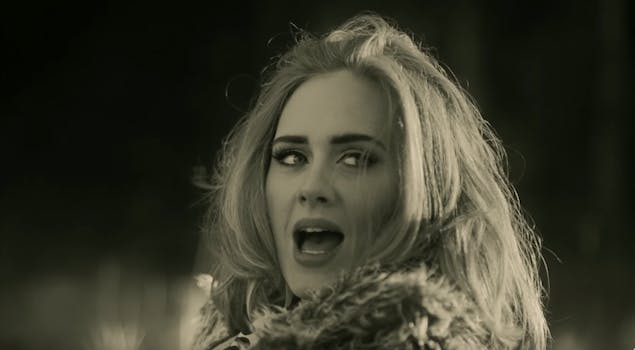 Sorry, ex-boyfriend. You were not what she was looking for.

Adele released her first new music in three years last week with her soaring single “Hello,” which features her basically apologizing and trying to reconnect with an old flame.

That gave a woman in Atlanta who also happens to have an old flame a good, yet fairly mean idea: text Adele’s lyrics to the old boyfriend and then post the response to Twitter.

Mary Caldarella’s Twitter account has since been made private, but the Daily Mail took screen shots. Here they are with Caldarella’s caption of, “When the ex falls for Adele lyrics.” Caldarella’s tweet—which definitely could not be viewed on a flip phone — has garnered at least 14,000 retweets and 20,000 favorites.