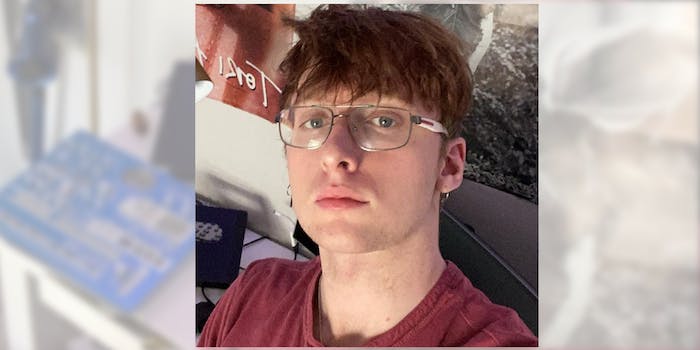 Adam Perkins' vines were an essential part of the app.

Vine creator and musician Adam Perkins passed away on Sunday, according to his twin brother, Patrick. He was 24.

Perkins is perhaps best known for his viral 2015 Vine, in which he walks into a bathroom in his underwear and simply says, “Hi, welcome to Chili’s.” Three weeks ago, Perkins posted a photo to Instagram with the caption, “remember adam from vine? he’s 24 now and a business analyst working in data. feel old yet?”

His brother’s heartbreaking post does not reveal a cause of death, but does get at the grief of losing a twin: “being a twin is a very central part of my identity. it’s all i’ve known. and i’m struggling to find the words to explain what it will be like for me to live in this world without him. my best friend.”

He goes on to say that in Adam’s honor, he’s releasing his album Latch Relay, the first release for newly established label Plas Teg Records.

Fans posted tributes and condolences online, as well as some of their favorite videos. “Gonna go blow a vape tornado in a Chili’s in honor of Adam Perkins,” wrote one commenter, referencing another one of his viral vines.

Patrick posted a link to Adam’s Bandcamp as well, stating that donations will go towards a “custom red vinyl of Latch Relay. his favorite color.”