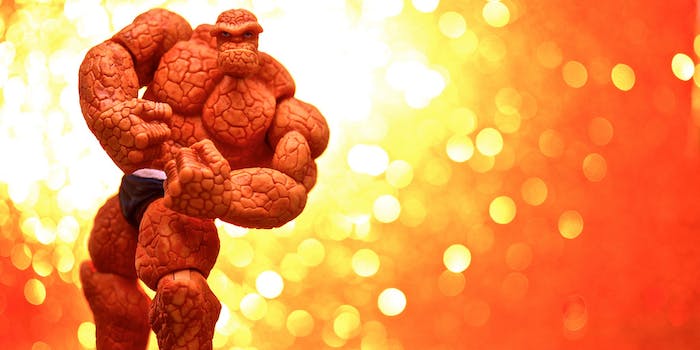 The infinite sadness of abandoned Twitter accounts for Hollywood flops

They came, they saw, they floundered.

Twitter was never meant to be used this way.

It’s a social, micro-blogging platform for interaction, friendship, and self-promotion. The idea of adopting a Twitter account for a temporary three-month rent is silly, if only because it means the world is now littered with ephemeral, discarded social media presences. Scour the silt and you’ll find a weird, depressing graveyard of aspiration.

No fun, no reverie, no exclamation marks. Just a somber statement of fact from a long-defeated movie. Fantastic Four was a legendary bomb; its Twitter is now a ghost ship. Unmanned, unknown, no hopes or dreams, a moribund timeline catering to an audience of zero.

This isn’t exactly unique. There are plenty of derelict Twitter accounts for worthless movies in the Internet’s sedimentary zone.

What about John Carter?

Which piece of costume design art is your favorite? https://t.co/Y336dend #JohnCarter

Jupiter Ascending? You know, one of the biggest Hollywood flops of the decade?

It may be Monday but don't that let that get you down. There's a whole universe waiting for you. #MondayMotivation pic.twitter.com/vaRrfBNr9c

Movie posters get torn down every few months, but tweets are forever. Nobody involved thought to take down the John Carter account back in 2012 because they were too busy dealing with the emotional upheaval and potential career ramifications of skirting so close to a filmic black hole. There may not be any blank spots left on the globe, but there are plenty of abandoned homesteads left to rot in cyberspace.

However, I do find something particularly devastating about the final string of desperate (yet deadpan) Fantastic Four tweets. I mean…

Four heroes. One team. #FantasticFour is now playing in theaters.https://t.co/dtIVlIWcBH

Think of all the dreams that went into this movie. Think about director Josh Trank getting his first crack at a major property, and Michael B. Jordan’s turn as a superhero. Think about the $120 million budget, and the eight different production companies that had a hand in getting it off the ground. Think of weeks and weeks of board-room meetings and marketing strategies and social media posturing, all aimed towards making Fantastic Four the blockbuster they thought it deserved to be.

Now think about how none of that worked. And all that’s left is an empty Twitter account for a movie people have already forgotten about. It’s the loneliest thing on the Internet. It is oblivion. It’s proof that you can spend an insane amount of money and not move a single inch.

@FantasticFour no one gives a shit stop trying

Our world moves at hyperspeed. You can go from nobody to Internet-famous and back in half a day. We are a ravenous people, and we’ve invented a world where Twitter accounts for movies isn’t the worst idea. But our hunger and fickleness has left us with a strange sense of decay.

That’s why I feel a genuine melancholy over the Fantastic Four timeline. I’m watching failed ideas in action; I’m watching an algorithm plotting out scheduled tweets long after everyone else has left the building; I’m watching a robot that only knows how to be optimistic in the face of complete desolation. It will stand there forever, frozen in hope. A testament to its own impermanence. Fantastic Four was not a good movie, but this seems like a fate far worse than box-office death.