The power of the Internet.

If you’ve ever gotten a fountain drink from a mall food court or at an amusement park, you probably recognize the design of two blue strokes wrapped around the cup—the wider strokes a lighter aqua blue, the skinnier ones a dark shade that borders on the side of purple.

And the pattern’s famous yet mysterious designer has—after a lengthy bout of Internet sleuthing—finally been found.

The search started with a Reddit AMA request for the “graphic designer who made the ‘jazzy 90s’ image that appeared on millions of paper cups.” Reddit u/mcglaven had a slew of questions, including how much the person got paid and how long they spent on the design. He had already tried deducing the identity of the designer through Google, but found nothing, and turned to Reddit for help. 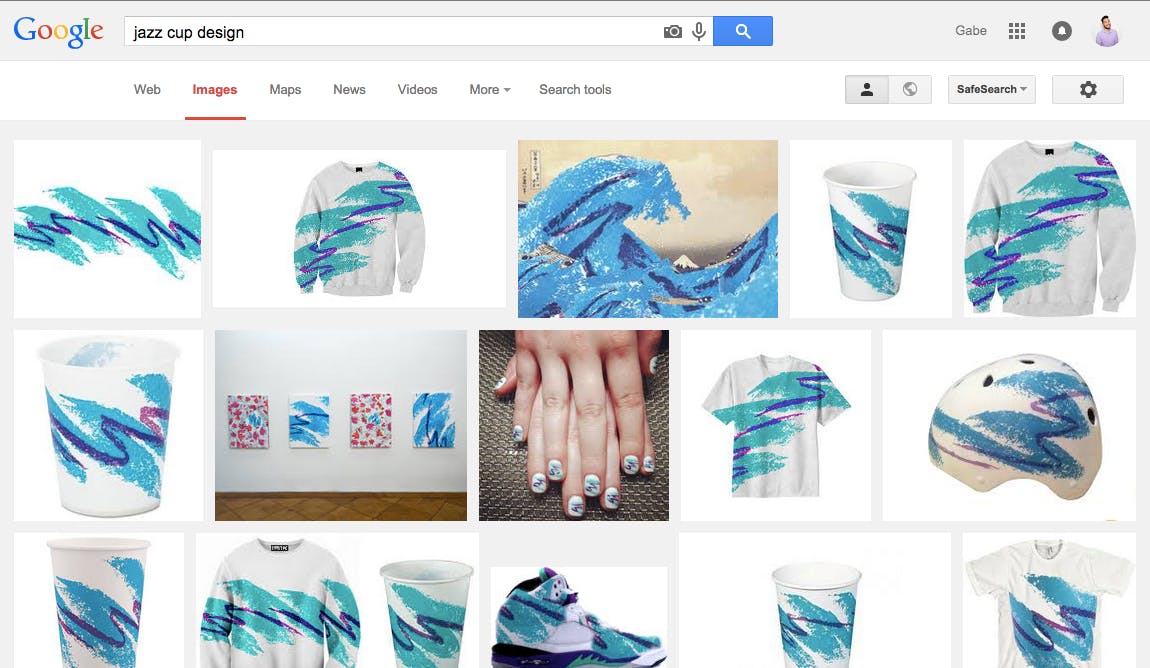 Mcglaven’s Reddit thread revealed many clues about the design, known as “Jazz,” including the name of the woman behind the design: Gina. Redditor u/pdschatz, artist who was part of the online community that helped appropriate the design into the cultural phenomenon it is on the Internet today, contributed what he knew (as did other Reddit users):

The Jazz design was created in 1991 by an artist in the Springfield, Missouri Art Department at Sweetheart. Sweetheart had an internal contest to come up with a new stock design and Gina’s Jazz Design was selected. Full blown production across multiple products did not start until early 1992.

Thomas Gounley, a Watchdog Reporter for Missouri’s Springfield News-Leader, came across Reddit’s quest to find Gina and used his investigative skills to find the illustrious Gina. He documents his eventual discovery of Gina Ekiss, the woman, the myth, the legend, and her story behind designing Jazz. 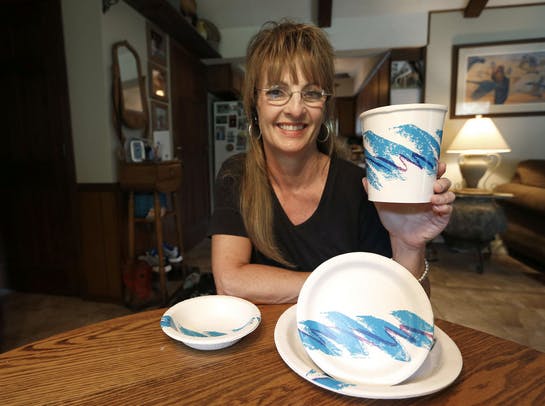 Ekiss submitted “three or four ideas,” and other colleagues did the same. The decision was made in 1990 or 1991, she said.

“They came back and said that was the one they wanted to go with, and what did I call it,” she said. “I had no idea. So I had to come up with a name for it, so we just called it jazz.”

As to the pattern’s status as nostalgic meme today, Ekiss was nothing less than shocked. “It just seems so insane to me,” she told Gounley.

Update 9:30am CT, Sept. 25: An earlier version of this story stated that Ekiss’ last name was Gounley. The error has been corrected.