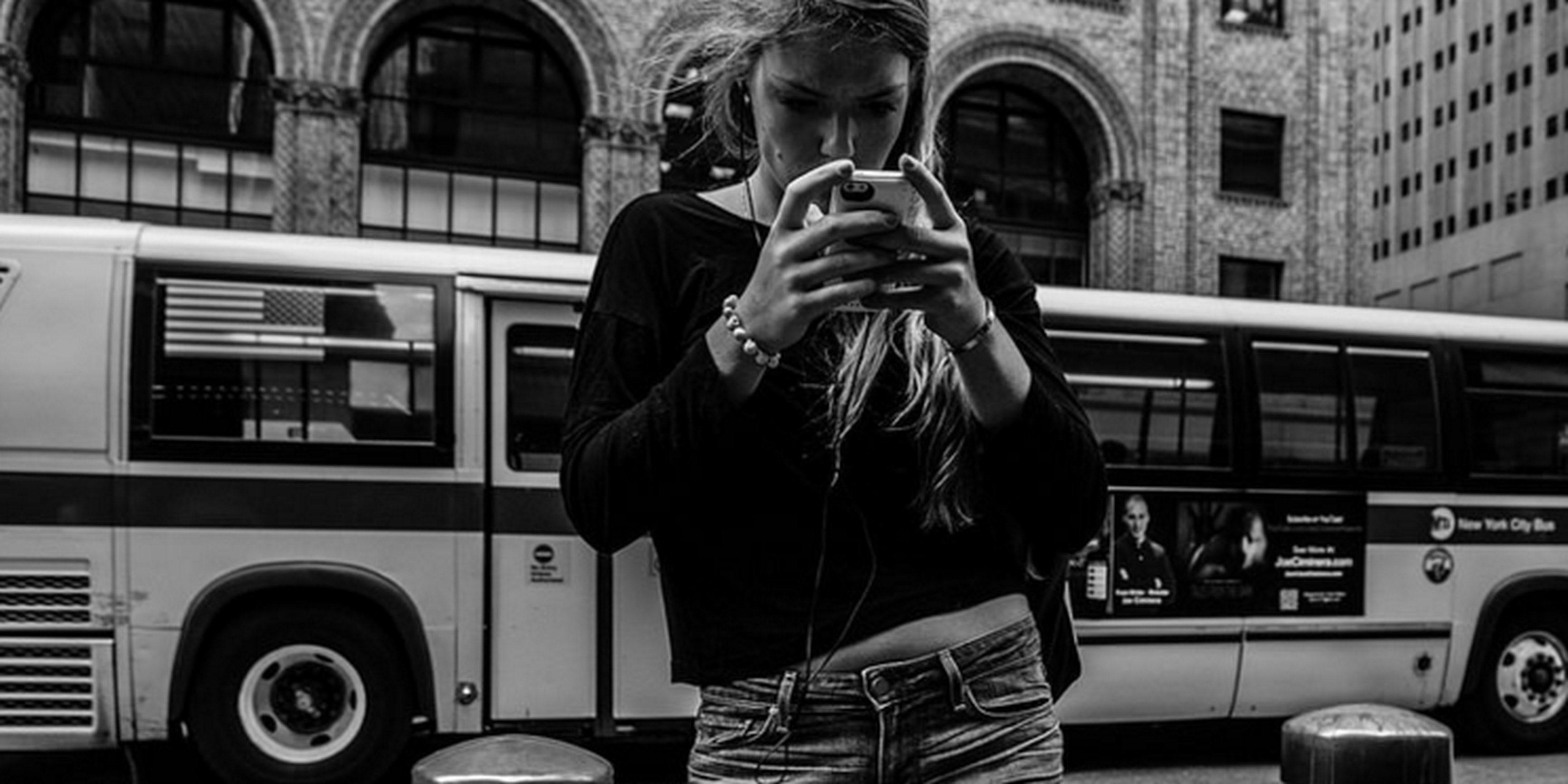 8 sure signs you’re texting way too much

Sometimes your thumbs say it all.

I thought we were getting to know each other, but then she admitted to me how she really felt… about my texting.

It wasn’t the first time someone told me that I was a “prolific texter.” The words rolled off her tongue in a combination of both awe and fear, communicating a pointed question: “Do you really have that much to say via text?” I do, girl. I do.

Still, I was startled: “Am I not just an emotionally intelligent and opinionated intellectual who prefers textual one-on-one communication with others to one big #crowdsourcemylife?” Then I was like: “Hey, I am a writer, so what do you expect?” Either way, her comment felt like a put-down. But I’ve gotten used to it. I know what I am: a prolific texter.

Instead of isolating myself, I seek out others like me. And while I do take joy in prolifically texting with a few select individuals, the majority get a brief, transactional replies in which I attempt to match the tone and style of their texts rather than truly express myself to them in this medium I adore.

Warning to people I date in the future: I am a prolific texter.

If you don’t love my texts, you won’t love me. Are you crazy about texting, too? If so, we’re meant to be. Here are eight telltale signs:

1) When your likeminded texting bestie starts texting you, it’s possible that there’s really no end in sight to this fragmented, placeless, technology-enhanced convo.

It’s so hard to not respond immediately when that brilliant bestie shows up on the screen. You know there’s something cool, funny, interesting, emotionally relevant, or just completely fucking random going on with them, and you wanna know all about it. But what about that thing you have to do for work? Or those emails that keep piling up in your inbox? Or those five other people who are eagerly awaiting your witty text responses and live three miles away rather than 3,000? When you start that flow with another prolific texter bestie, it’s hard to leave the conversation for one that lacks the proper intensity.

2) You’ve had to spend a lot of time talking yourself down from iMessage ellipsis.

You have to make a committed effort to let the other person’s ellipses disappear before you text back—not because you don’t want to hear what they have to say, but because you’re so easily excited by texting. When you’re fully concentrating on the screen, the ellipses popping up feel like they’re taking forever to become words. As an obsessive texter, the thoughts come to you fast, and you have a lot to text back pretty fast. A true texter actually prefers Twitter DMs to iMessage, in part because the pace of the texts is actually less anxiety-inducing without those ellipses.

3) You are constantly on the lookout for signs of others who text like you.

I was at home on a particularly windy evening in Los Angeles. (It was the Santa Ana winds, I tell you!) The doorbell rang, but I chose to ignore it. Nestled in bed with my iPhone bae, I was in thrall to a conversation with my friend Hannah, who had recently identified herself as a manic texter. Realistically speaking, after two hours of texting, we could have just called each other and talked. But then we wouldn’t be engaging in a narrative that we were essentially writing together. To talk on the phone would be to make it feel more real, to pick up on each others’ voices and the intonations therein. Texters prefer the fantasy of the tangible story, and how that could lead to deeper conclusions.

4) You have a reputation for cultivating emotional connections via text.

I met my teen idol, and she gave me her phone number for reasons still unknown to me. I was also traveling a lot at the time, so I felt rather placeless. What began as a casual text-only relationship because I was honestly too nervous to even attempt hanging out with her in-person became an interesting, performative, emotional connection that seemed to only exist via text. Texting with someone regularly gave me a sense of place. It helped me create an emotional connection that felt immediate and reasonable. Soon the writing became too fascinating to stop. She was just as dreamy on text as she was on screen.

5) You are offended by “transactional texters” who usually reply to your quips and funny observations with simple, unemotive emoji or the bland, lowercase “ok.”

These responses clearly indicate that the other person is either a) not a real texter, b) disinclined to show off their texting skills with you, or c) lacks the time to text with you beyond simple questions. This transactional texter may actually want more IRL time with you, but for the true texter this sort of face-to-face time may be completely contingent on good texting skills. There’s another factor here: The transactional texter may not be as verbal as you, in which case you should just get some in-person time and give up on trying to make them into the type of texter that they will never be.

6) At times you accept that others are not going to keep up with your texting, and so you appreciate their simple yet pleasant “lol” or “haha” responses to your elaborate and well-written thoughts.

Not everyone wants to get that into it via text. Some people have day jobs, people to hang out with, or other people to text, Tinder, or tweet with. The simple “lol” or “haha” responses show that they acknowledge you, think you’re hilarious, and would like to engage, but they are too busy to do so at length at the moment. But they don’t want to blow you off. In turn, you accept that if you can’t have full-on texting engagement with them, so you are pleased to just make them laugh at your delightful textual quips and the absurdity of all this communication. In your heart, you know that there’s so much more to them—but it’s not gonna be revealed in a text.

7) You’re hanging out IRL with a basic texter who peers at your screen and points out that you are “really dominating this conversation.”

Your blue blobs far outnumber the other person’s responding gray ones. You accept that while this person who is spying on your phone screen appears to be correct, what’s really going on is that the person you’re texting with is just a different type of texter. This person is more poetic than prolific in their texting nuances, tending to write short, to-the-point, yet still beautiful texts, whereas you are writing novels, short stories, or beginning arguments for dissertation topics. Or, it’s like the poetic texter is writing the movie logline and you are doing the two-paragraph-long summary of said soon-to-be-released future flick, all delivered as texts.

8) You respect that not everyone can be on your level.

For prolific texters, it’s important not to overshare with someone who doesn’t want to text the same way. They will feel that you are “too intense,” like you want to spill your secrets at every turn, or that you don’t respect their time because you just keep texting. While all that could be true, the truth of the matter is that you just want to find someone like you and experience love at first text—otherwise, you’ll happily back off. The message is the medium, and therefore everything within is true.

Photo via Jim Pennucci/Flickr (CC BY 2.0)