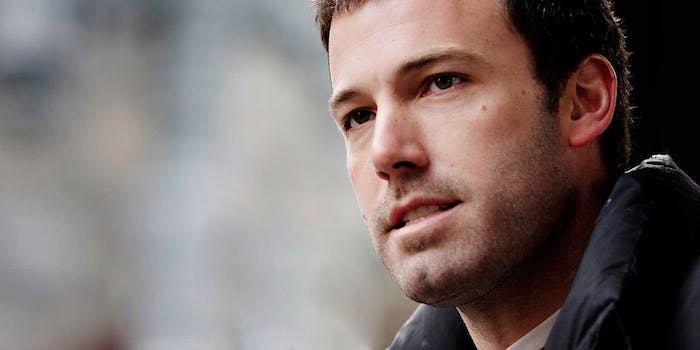 We've had quite enough of these, thanks.

When I walked out of the movie theater after seeing Gone Girl—just kidding! Why would you even begin to care how I feel toward a piece of entertainment that’s been more thoroughly picked apart in one week than the last three American wars put together? Well, I’ll tell you anyway: I happen to agree with a film blogger who called it “elegant, exquisitely made trash.”

That is to say, despite the high level of technical craft, I never harbored an inkling that I was watching anything more than a moody nail-biter that had become the unlikely date movie of the season. At no point did I feel compelled to extract some higher truth re: fidelity, misogyny, attraction, repulsion, the cable news cycle, or, god forbid, the way we live now. That instinct would have been undermined by Tyler Perry, who periodically leavens Gone Girl’s hypnotic dread with quips bearing the universal subtext “lol white people.”

Besides, everything you can read online about this eerily frictionless popcorn thriller falls into one of several lame categories. Save yourself some time by recognizing them at first glance.

1) “The real villain is marriage itself.”

Brilliant observation, everyone. It’s great to be here at the dawn of a new age in digital media, when the New Yorker, the Atlantic, Mashable, Jezebel, and NPR all agree on a totally facile, intro-to-cinema reading of a feature that looks a whole lot dumber the more closely you scrutinize it. And way to frame that hot take as if it runs counter to everyone else’s experience of David Fincher’s art. The real mystery, as far as I’m concerned, is who exactly could have sat through all 145 minutes of Gone Girl and come away needing someone to explain to them that it depicted a dysfunctional relationship. Pretty sure the first line covers that.

One of Gone Girl’s most awkward moments comes along when a diary-reading voiceover veers into a speech on the claustrophobic role of the “cool girl”—some kind of beer-swilling, burger-inhaling, megahot femme fatale. It’s a celebrated passage in Gillian Flynn’s novel, but she probably pulled a muscle shoehorning it into her screenplay, with the result that Salon, Slate, BuzzFeed, Time, the Telegraph, and Flavorwire all chimed in as to whether it worked, how it was different, and what the hell it’s supposed to mean. Still, that’s nothing compared to the essays we would have seen if Fincher had left it on the cutting room floor.

Oh, and by the way? The Daily Dot’s own EJ Dickson beat everyone to this thinkpiece by a country mile.

By now nobody can be unaware that Ben Affleck hangs dong in Gone Girl—even those viewers who were distractedly trying to dislodge a final melted Junior Mint from its box and missed the entire thing. That’s because Internet outlets have given countless inches to people praising the nudity as “genius,” explaining the best way to see it (with your eyes, I’m guessing), asking Affleck and wife Jennifer Garner to dish on the choice, giving us an explicit preview, and imagining conversations with other famous penises. As an added bonus, we got some canny speculation as to why “everyone’s talking about” the thing that everyone’s talking about. The publicity team at 20th Century Fox must have sore backs from all that slapping.

I’m not sure what’s more laughable than reviews that advertise as “spoiler-free” when the movie in question is predicated on pulling the rug out from under us over and over (and over, and over). Wait, yes I do: a “discussion” of that same movie that censors any plot details. Or pointedly vague meta-commentary concerning whether it’s even possible to spoil the movie, or what its Oscar potential is, or just the difficulty of Life in the Age of Spoilers. It doesn’t help that nobody discerns between “twists” and “the steady release of information commonly known as ‘narrative.’” If I see another comparison to Hitchcock’s Psycho, apparently the only other film of the last hundred years to have surprised its audience, I may have to stab myself.

If “the book was better” is an iron-clad cliché of criticism, then you can well imagine the damage that 8.5 million copies of a bestselling novel turned Hollywood blockbuster can do. They changed the ending! They changed other stuff! No, like, important stuff! Even Nico Lang, the editor who allowed me to write this takedown, is annoyed at what didn’t carry over from the page to the silver screen. Nico! There’s such a glut of chatter on this topic that I’m beginning to suspect that prose and cinema—get this—aren’t the same medium. Forget the cameras; just sell tickets to a darkened room where we can hear the audiobook mashed up with atmospheric Trent Reznor–Atticus Ross music. It’ll be the must-hear event of the year.