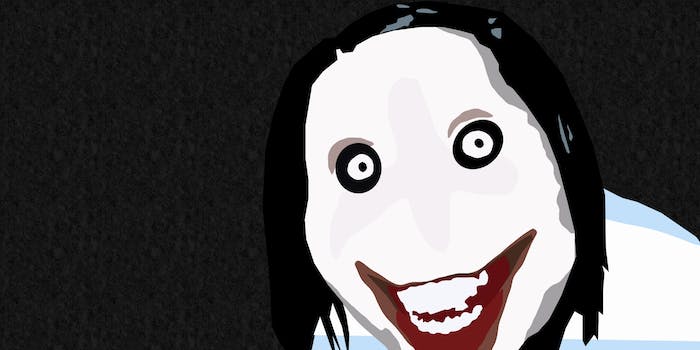 4chan hunts down the origins of an internet horror legend

4chan's paranormal community, /x/, is now trying to uncover the origin of one of the Internet's creepiest photos.

While the search continues for the meaning behind the mysterious YouTube channel Pronunciation Book, 4chan’s paranormal community, /x/, is now trying to uncover the origin of one of the Internet’s creepiest photos.

Known as Jeff the Killer, the photo shows a washed-out face and a maniacal smile. Since October 2008, the photo has acted as the unofficial cover of the Internet’s creepypasta cannon—text blocks of “short horror stories and urban legends that are shared via message boards or email,” describes Know Your Meme.

The legend began on YouTube on Oct. 3, 2008, when user Sesseur uploaded the 2.5-minute video “Jeff the Killer.” The crudely produced clip features the fictional story of how Jeff accidentally spilled a bucket of acid on his face while trying to clean his bathtub.

On Oct. 14, 2008, the photo of Jeff resurfaced on Newgrounds after user killerjeff began posing as the man in question.

On /x/ and Reddit’s r/creepy forum, users have been compiling their best theories. Here are the top four being tossed around organized by the most plausible to the most outrageous.
1) Viral marketing campaign for Saw V

About 10 days after Jeff’s photo popped up on Newgrounds, Lionsgate released the fifth installment of the popular slasher series Saw. In the series the antagonist, Jigsaw, uses a scary looking puppet named Billy to communicate with his victims. Billy’s resemblance to Jeff set /x/ off. 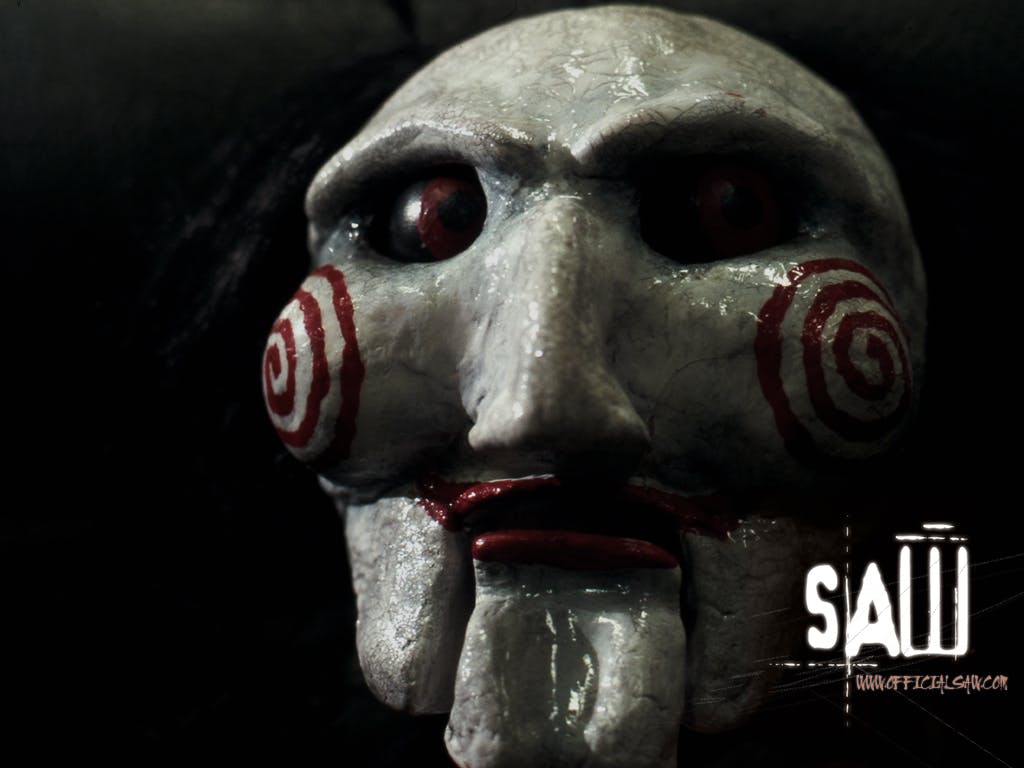 In June 2008 Lionsgate launched the site Disbeliefnet.com to promote its documentary Religulous. It featured tabloid-like stories on religion. Before the release of Saw V, the studio launched a website where people could plug in a phone number and have Jigsaw call and leave a startling message. This marketing campaign was ultimately shut down by the cops.

2) Who is Katy Robinson?

In the fall of 2008, a girl named Katy Robinson allegedly posted a grainy photo of herself taken in a closet on 4chan’s random imageboard, /b/. As the story goes, the girl was bullied relentlessly for her weight and later committed suicide.

Redditor ninetofivehero claimed Katy’s original photo was Photoshopped to create what is now considered the Jeff the Killer photo.

“In one less photoshopped version of the Jeff picture, a mole is clearly visible that’s also visible in the picture of Katy,” ninetofivehero wrote on Reddit. “It looks in a different position on the face, but that would be a result of the new mouth Photoshopped on to help create Jeff.”

3) Jeff the Killer is not human

Not only is Jeff not a human, his photograph is really made up of the eyes from a cadaver along with the mouth of dog, claims redditors ninetofivehero and theawfulshirt.

“[S]omeone claiming to be an oldfag [a 4chan user who has been on the site a long time] says that the mouth came from a picture of a wolf with a broken jaw,” ninetofivehero added. ” Doesn’t sound too far-fetched at all and is worth considering.”

4) Jeff the Killer is your favorite girlfriend

Despite the fact that the Overly Attached Girlfriend became Internet famous in June 2012, that hasn’t stopped /x/ from trying to pin this mystery on the woman behind the meme, Laina Walker.