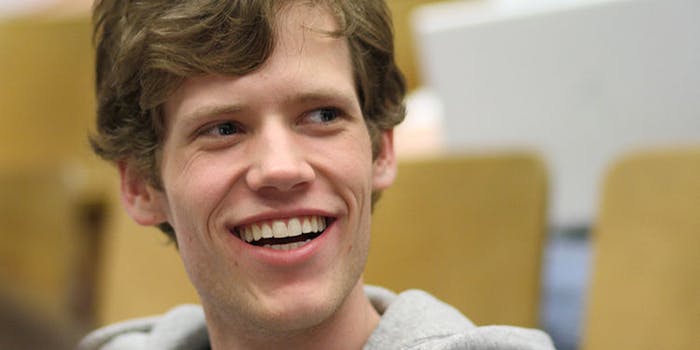 After 11 years, 4chan founder Christopher ‘moot’ Poole is stepping down

After more than 11 years of managing 4chan, the searchable Internet’s most controversial site, founder and sole administrator Christopher “moot” Poole is stepping down.

Poole made the announcement today in a blog post on the site claiming it was “time for me to move on.”

Today I announced my retirement from @4chan, a community I founded at the age of 15 and have served for 11.5 years: https://t.co/jEMsDf5nfz

“I’ve spent the past two years working behind the scenes to address these challenges, and to provide 4chan with the foundation it needs to survive me by bolstering its finances, strengthening its infrastructure, and expanding and empowering its team of volunteers,” Poole wrote.

“And for the most part, I’ve succeeded. The site isn’t in danger of going under financially any time soon, and it’s as fast and stable as ever thanks to continued development and recent server upgrades. Team 4chan is also at its largest, and while I’ve still been calling the shots, I’ve delegated many of my responsibilities to a handful of trusted volunteers, most of whom have served the site for years.”

Since Poole founded the site as a teenager in New York, he has been its sole employee and administrator. In Poole’s place, he has created a foundation to run the company moving forward, which will include “4chan’s lead developer, managing moderator, and server administrator.”

Over the past 11 years, 4chan has grown to be one of the most-visited websites on the Internet and home to some of the most popular memes and diabolical pranks.

When I spoke with Poole for an October 2013 interview as the site approached its 10-year anniversary, he hinted that he might step down.

“It’s possible that it’ll continue to grow, it’ll decline. Either way, I’m happy,” Poole told me. “I never set out to have a large website. Everything is gravy if 4chan went back to being 20 people in a room with me. I just want to make sure the lights stay on for people who need them to be on. How do we get things to a place where a site can outlive its founder? That’s what’s important.”

The Daily Dot has reached out to Poole for further comment.