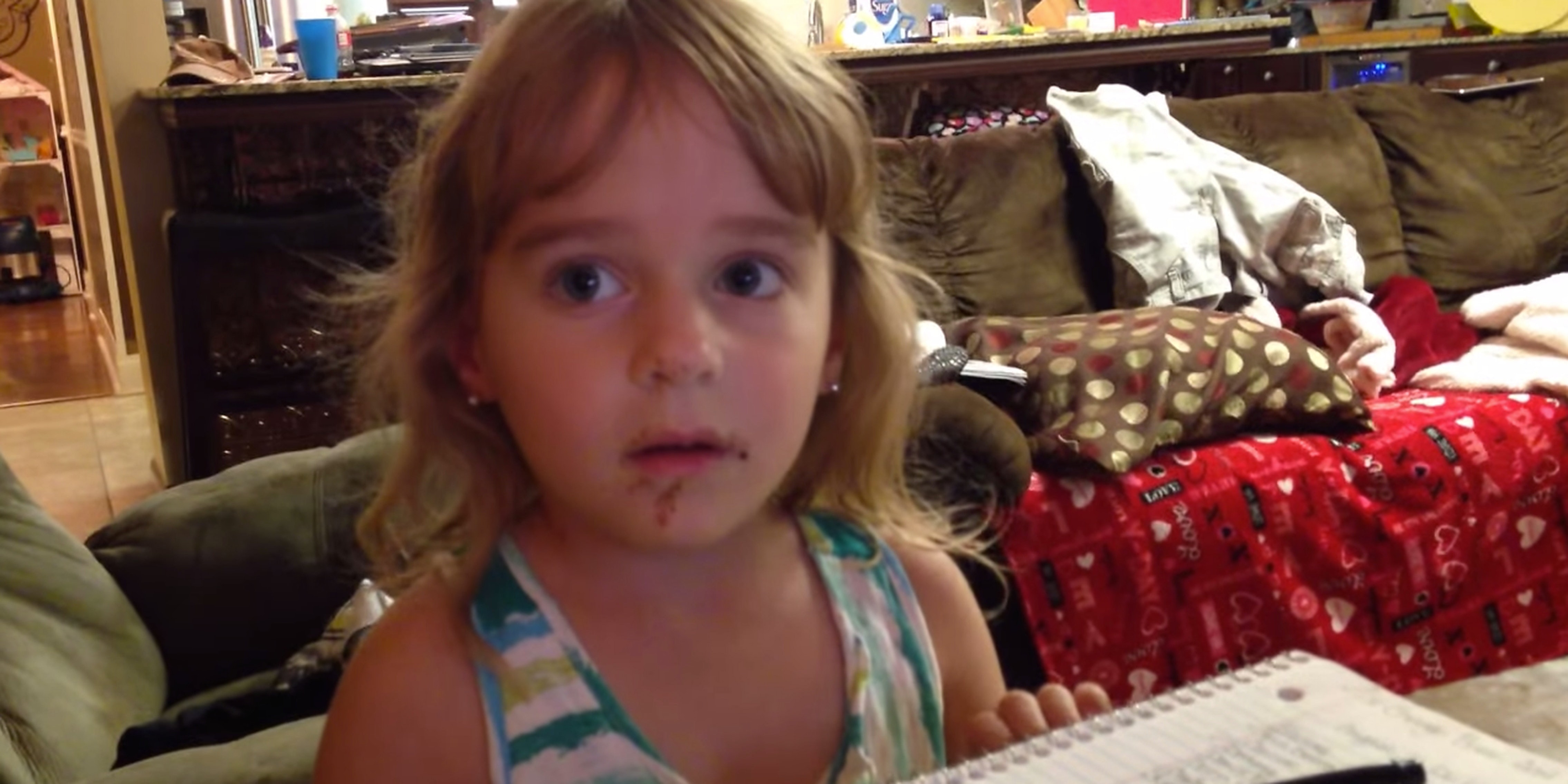 She says she's innocent despite the evidence still on her.

Never underestimate a child’s determination to get out of trouble.

That gumption was on full display when Mandy Meaux accused her 4-year-old twins Emma and Ben of eating chocolate donuts. Ben was quick to fess up—but Emma had other plans.

She lied. She threw her brother onto the bus, especially after he confessed to eating the donuts. And when she was boxed into a corner, she had an alternate explanation.

What Emma didn’t account for was the one glaring problem located on her chin.

If you’re going to lie about committing the crime, you have to get rid of the evidence.