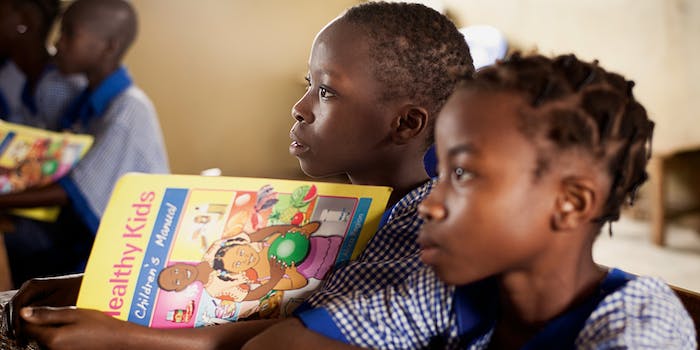 For weeks now, I have been very busy with various writing projects, PTA responsibilities, coaching, and that other thing that I am. What is it again? Oh yeah, a stay-at-home dad. So I haven’t really paid much attention to what’s going on in the world.

If something major happens, then I’ll see a link and a picture on the front page of my most-visited news sights, like CNN, New York Times, MSNBC, and Yahoo. I’m so busy that I rely on those pages to keep me abreast of what’s happening in the world; if something stands out, then I’ll click on it and then go back to my day.

Shortly after arriving home from the Mom 2.0 Summit Conference, I saw a twitter comment about Boko Haram stealing girls and bragging that they’ll sell them on the market.

I was not aware of this story and so I flipped over to CNN. I was shocked at what I read: 276 Nigerian girls were abducted from a school on April 14. 276 girls that had a lifetime of hope ahead of them. 276 daughters, sisters, friends. Young innocent children. Innocent.

Now go look at yourself in the mirror. Go ahead. This page will be hear when you come back.

You know what, I need to go look in the mirror too. I’ll be back.

We are also to blame. The news industry reports and promotes on what we, the consumers, want to read. In the past couple of weeks, we’ve read constantly about where

Johnny Football might be playing next year. We’ve read endlessly about Kim and Kanye. CNN has been searching for the Malaysian plane (which is a news story by the way, but it doesn’t need to take up so much time). We’ve also read about Game of Thrones, The Walking Dead, and the release of the Spider-man and X-Men movies and the next Star Wars movie. And during that time, parents have been screaming and crying.

And who knows what’s happening to those girls. Those poor innocent girls.

Let’s put ourselves into their situation. Into the parents’ situation.

But the rest of the world is reading about Chloe Kardashian’s new skinny waist, Justin Bieber being an idiot, and the latest scores, trends, nip slips, or whatever else that dominates your news feeds.

This horrible group also butchered dozens of boys in a school in February, and nobody heard about it.

How are you feeling? What are you going to do?