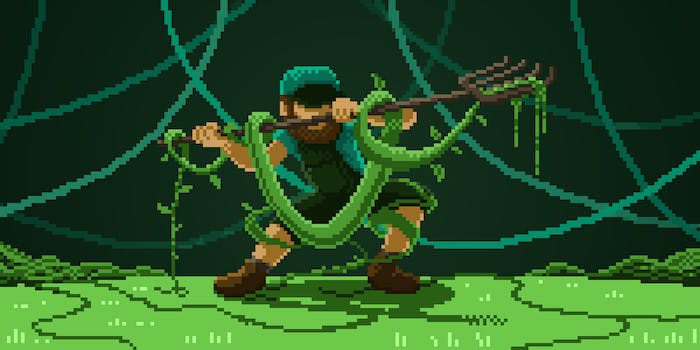 Year-end lists often focus on the “best” and soon-to-be-canonical touchstones of our very recent history. But things are a little more complicated on Vine. So much of what you find on the still young and wildly experimental platform arouses feelings quite apart from joy, satisfaction, or even comprehension. There are vines that strike such a poetic balance between hilarity and horror that the mind must literally rejects them. At these vines we can only scream: “Delete this.”

Tony Abbott’s time as Australian PM came to a close this fall, but months earlier, while still in power and taking heavy flak from a jeering electorate, he was in a state of such evident despair that he didn’t think twice about eating an onion like an apple while touring a Tasmanian farm.

The Internet frequently and brutally owned rapper Iggy Azalea this year, taking dead aim at her dubious talent. Some particularly garbled live bars gave rise to endless remixes, none more deletable than this, which compares Azalea to Donnie, the gibberish-spewing feral child from Nickelodeon’s The Wild Thornberrys.

There’s already something sickening about competitive eating—especially if you’re not actually up against another person. So add in a dash of innuendo (just kidding, it’s a straight-up sexual proposition) and get ready to cringe.

Even on a Vine channel beloved for crude gags performed with a T-Rex puppet who snorts cocaine and communicates mostly in ear-splitting screams, this entry stands out as something you’ll wish you hadn’t watched.

There was nothing funny about singer and TV personality Tamar Braxton breaking down on The Real as she recounted her experience with bullying. Now, unfortunately, there is. Sorry, Tamar.

It’s the peanut butter-covered face that launched a thousand vines. While the original video is from 2004, people this year found something primal within themselves when confronted with that meaningful “ah.” And, of course, the remixes are made to be deleted as well.

7) Minion toy stuck in my ass

It was undoubtedly the biggest year yet for the terrorizing yellow blobs called Minions. Perhaps due to excessive merchandising, somebody had the crazy idea of sticking a Minion toy up their ass. God help us all.

You may think that the utterance of “nae nae” is the reason this vine belongs in the trash, but stay tuned for the real surprise. (This may also be deletable on the basis of community guidelines alone.)

Eating ass is all the rage nowadays (see No. 4 above), but it’s best to keep those conversations to you and your buttocks buddies. Small children should not be included in the discussion—they will react exactly as this little girl did.

Mean Girls meets Valium Village. Hemorrhoids are uncomfortable. So is chatting about them with your doctor.

PLEASE SAVE US, LAZY-EYED WHITE BITCH! Only you can fly through the sky and scare off villains hoping to terrorize the city. You’re scarier than any Chucky doll we’ve seen.

A very small part of us wishes we had the rhythm and skill to get down to Panic! At the Disco’s “I Write Sins Not Tragedies” like these girls, who are obviously at some sort of sleepover where they talk about cute boys and choreograph to emo. Actually, whoever made this vine just set their footage to the music, and they should be held accountable for their actions. Mostly we just wish we could wash this image out of our heads.