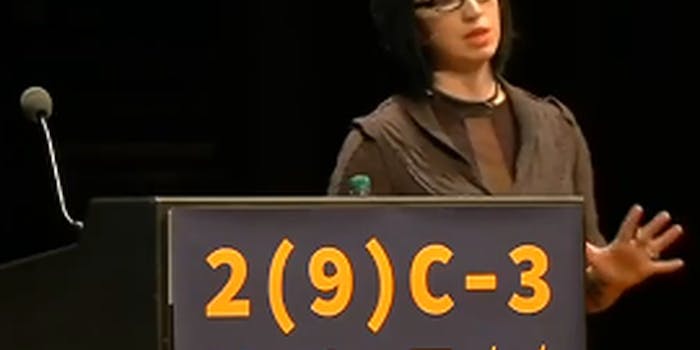 To understand what happened to sex educator Violet Blue at Security BSides San Francisco, you have to pose this question: Are hackers well-meaning partiers or potential date rapists?

To understand what just happened to noted sex educator Violet Blue at Security BSides San Francisco, you have to pose this question: Are hackers well-meaning partiers or potential date rapists? 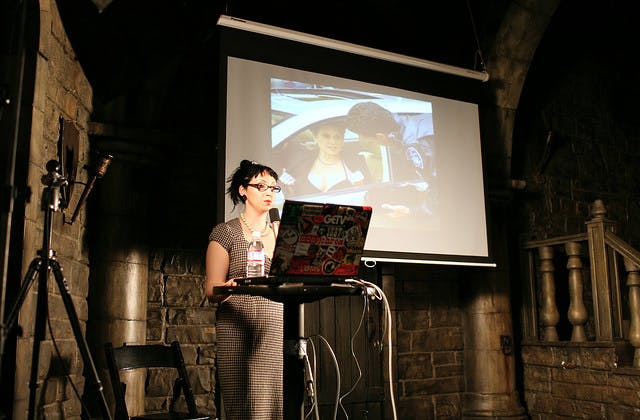 Blue, an outspoken geek journalist and published author, believes education encourages safe behavior when it comes to drugs, alcohol, and sexual practices. Hackers’ social behavior and outsider status puts them at risk for unsafe sex and drug use—especially at conventions like Security BSides, a noted hacker community with conferences across North America.

But the Ada Initiative, an organization for women in tech and geek communities, was afraid that even talking about sex at a hacker con might make the con uncomfortable for women—and worse, that some hackers in the audience might be attending Blue’s talk to learn how to use drugs—specifically, date rape drugs.

Blue’s BSides talk had a hackerspeak title: “sex +/- drugs: known vulns and exploits.” Blue designed the talk to educate partiers who might be at risk of dangerous behaviors while at the con.

Blue has given her talk on harm reduction in the hacker community before, as she explained early this morning when she posted about the cancellation. BSides hosted Blue’s talk at Las Vegas last year. But when the talk summary went up on the website for the San Francisco conference, it raised a number of red flags. Here’s part of the description:

In this underground talk, Violet Blue shares what sex-positive doctors, nurses, MFT’s, clinic workers and crisis counselors have learned and compiled about the interactions of drugs and sex from over three decades of unofficial curriculum for use in peer-to-peer (and emergency) counseling. Whether you’re curious about the effects of caffeine or street drugs on sex, or are the kind of person that keeps your fuzzy handcuffs next to a copy of The Pocket Pharmacopeia, this overview will help you engineer your sex life in our chemical soaked world. Or, it’ll at least give you great party conversation fodder. 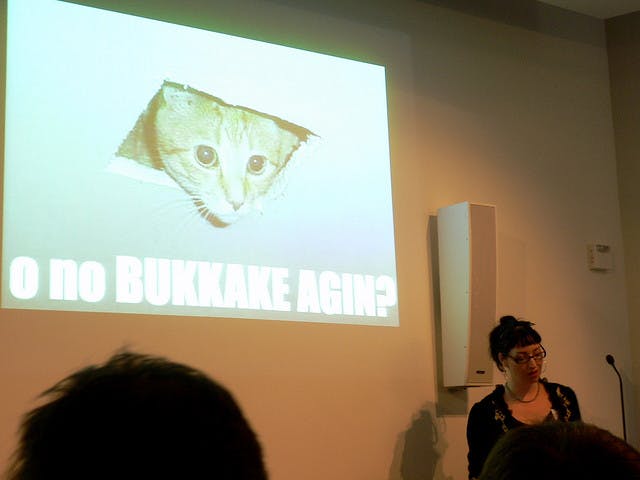 The Ada Initiative is not alone in its concern about making conference spaces safe for women. Most hacker cons are dominated by men, and most hacker communities fall within an extremely sexist, bigoted system of geek and coding cultures. Women in these same spaces routinely face extreme examples of sexist behavior, and geek conventions in particular are notorious for enabling and encouraging unsafe environments for women, inappropriate behaviors, unwanted sexual advances, physical assaults, and unreported rapes. The problems of sexual harassment are so prevalent that geeks have started pushing cons to create anti-harassment policies.

The Ada Initiative explained on Tuesday that Blue’s talk was “off-topic” for the conference, and that they were against any and all sexual topics not explicitly related to the conference because of the potential such discussion had to trigger rape and assault survivors. They argued that “[di]scussing sex creates a ‘sexualized environment’ which many people take as a signal to treat women as sexual objects rather than as fellow conference attendees, resulting in a higher incidence of harassment and assault of women.”

In response, Blue claimed that the Ada Initiative had “targeted” her and that their efforts had only hurt the cause of women in geek culture:

These women have effectively used the subjects of rape and sexual harassment to make anyone who would question them feel uncomfortable. … These women are not furthering the case for women in tech, and they are not making the community a better place by finding solutions for the entire community, and they are not challenging harmful behaviors by shutting down any conversation that they do not like.

Hackers who wanted to hear Blue’s talk are in luck—the version of the talk she presented at 29c3 is available on YouTube.

Update: This article has been corrected to note that the presentation was withdrawn, not banned; that Blue’s speech was a presentation, not a panel; and that BSides SF disagreed with the Ada Initiative’s assessment “that the discussion of sex at tech conferences is harmful to women.”