This Russian/Japanese fusion dish has an important role in the show. Now you can make it yourself!

Do you want to eat a delicious snack that makes a rage-fuelled, angsty Russian teenager look like this?

Well, you’re in luck because Yuri on Ice fans can make it happen.

Food plays an important roll in Yuri on Ice, the figure skating romcom that’s taking anime fandom by storm this winter. The main character, figure skater Yuri Katsuki, is a stress-eater whose favorite meal is katsudon, or pork cutlet bowls. He eats one whenever he wins a competition, and when his coach choreographs a skating routine about sexual love, Yuri visualizes a pork cutlet bowl as his personal representation of desire. (Trust us, it works in the context of the show.) 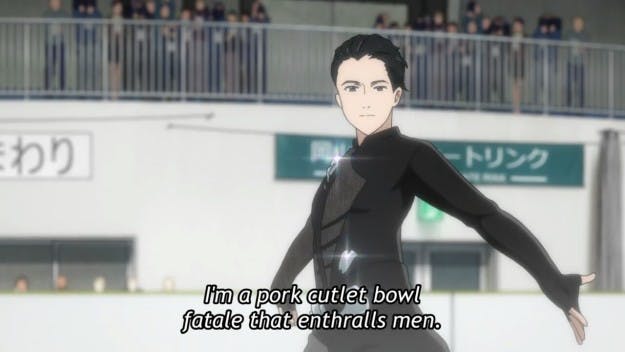 It’s easy enough to find katsudon recipes online, but last week’s episode introduced a new snack: katsudon pirozhki. It’s a fusion between Yuri’s favorite meal, and the pirozhkis eaten by his Russian teen frenemy Yuri “Yurio” Plisetsky. Yurio’s grandfather invented a combination of the two dishes, and Yurio gave one to Yuri when he wasn’t able to get his traditional katsudon after a competition.

Now, thanks to couple of enterprising fans on Tumblr, we now have a recipe to make this exact meal.

Tumblr user nolongerwaiting put together a comprehensive recipe, combining the pastry case of a pirozhki with the pork, eggs, and rice of a katsudon filling. Then gigi-the-faunus tested it out, resulting in some fresh, golden-brown katsudon pirozhkis. 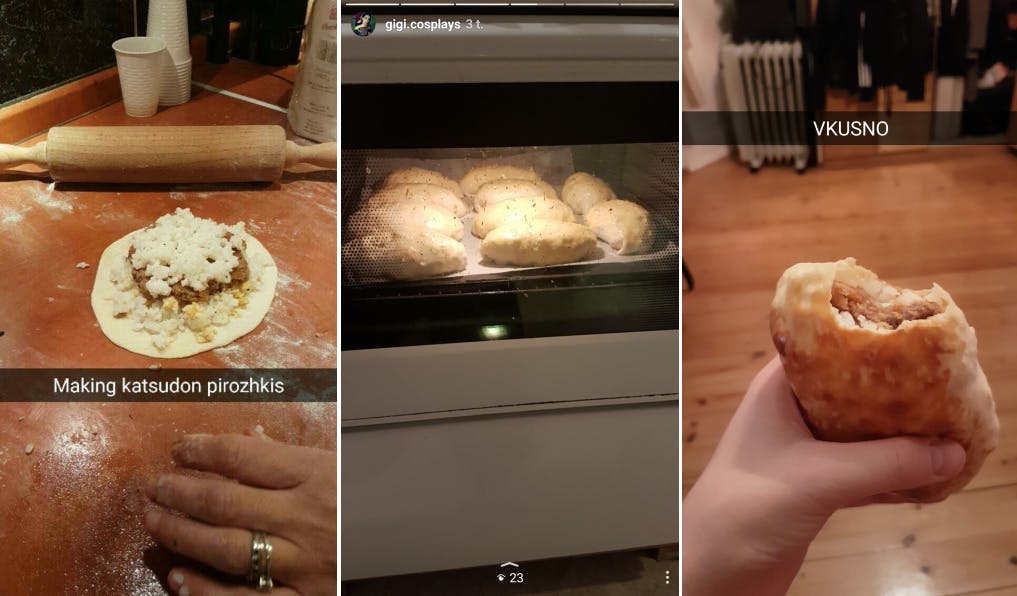 Given Yuri on Ice fandom’s attention to detail, this is probably just the first of many Yuri-themed recipes.