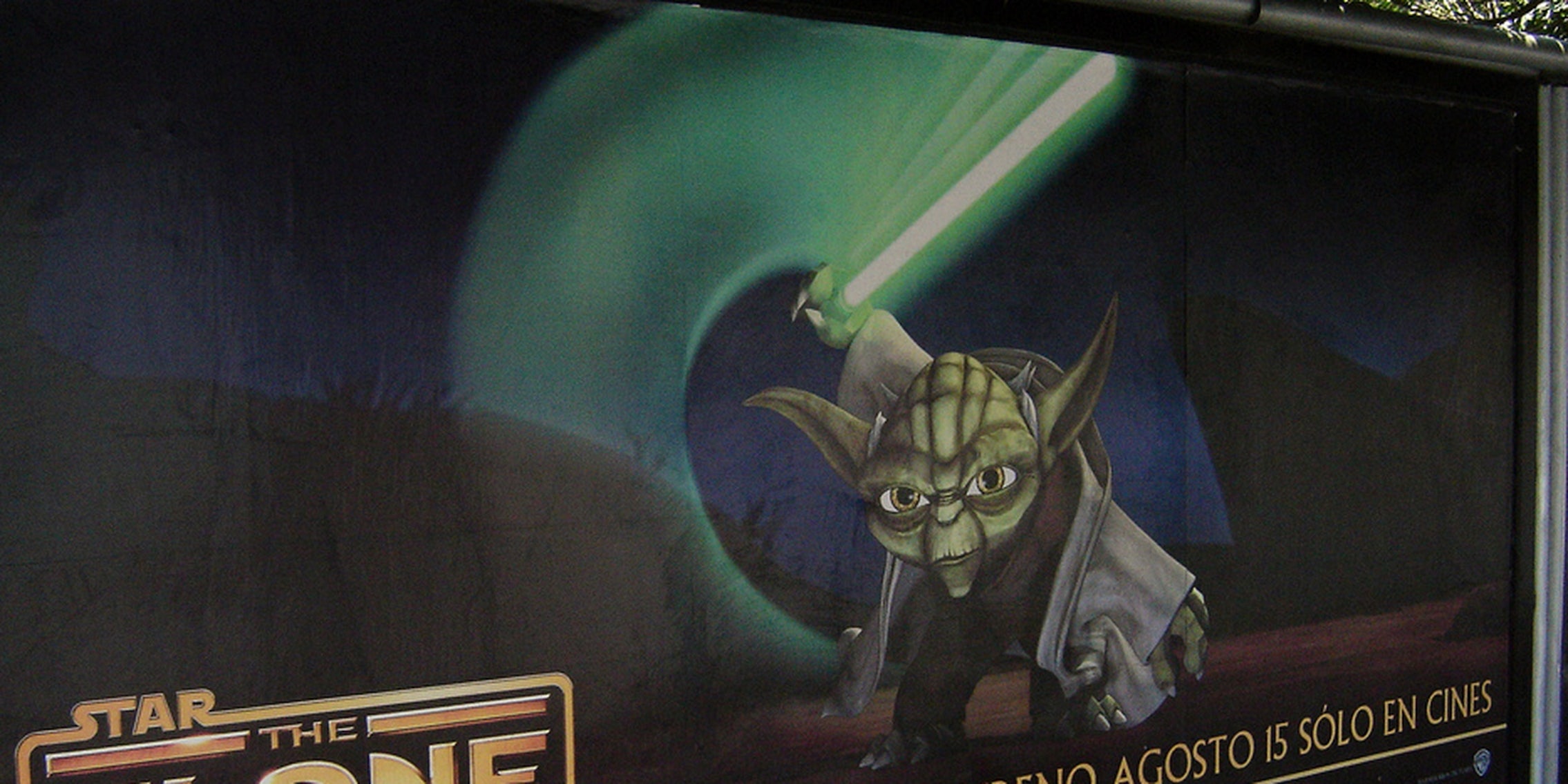 Yoda will appear in the next episode of ‘Star Wars Rebels’

A classic character will make his presence felt on Rebels.

Fans eager for Disney XD’s Star Wars Rebels to return from its mid-season break in January now have something special to look forward to. A familiar Jedi Master will appear in the next new episode, although the word “appearance” is only accurate, as Obi-Wan Kenobi would say, “from a certain point of view.”

TV Guide has exclusively revealed that Yoda, one of the Star Wars saga’s wisest and most popular characters, will cameo as a disembodied voice during the Jan. 5 Rebels episode “Path of the Jedi.”

“I felt personally to keep Yoda as this disembodied thing it would confuse the audience less,” said Rebels executive producer Dave Filoni. “I didn’t want you to think Yoda could be teleporting from planet to planet.”

Yoda will be drawn from his hiding on the planet Dagobah “to offer counsel to fledgling Jedi knight Kanan and his new padawan, Ezra, on the remote planet of Lothal,” according to TV Guide.

In his recurring role on Rebels‘ predecessor series Star Wars: The Clone Wars, Yoda was played by the prolific and talented voice actor Tom Kane. For his special appearance on Rebels, however, the green hermit will once again receive the vocal treatment of the legendary Frank Oz, who brought the character to life in all six life-action films.

“What’s great about Frank, by keeping the voice very present and active, you do feel that it’s a watchfulness and that he’s speaking to you from afar,” Filoni said. “I didn’t want anyone to think that he had left Dagobah.”

Yoda’s cameo, Filoni added, “was on the outer rim of what we do, but I think we were able to pull it off.”

“Path of the Jedi” will also feature “several homages to the lore, including The Empire Strikes Back and the final episodes of The Clone Wars.” The episode, including Yoda’s animated return, airs Monday, Jan. 5 at 9pm ET/PT on Disney XD.