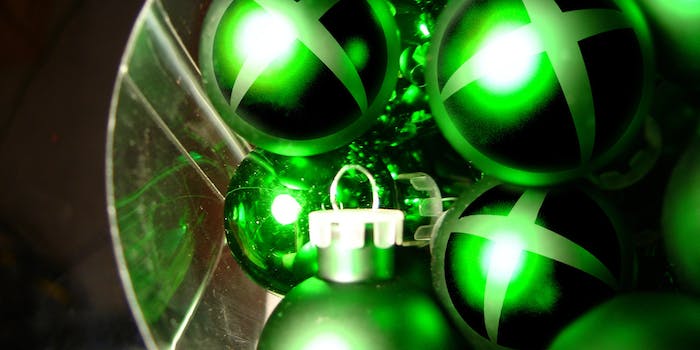 Microsoft slashes Xbox One price ahead of the holidays

If you waited to get an Xbox One, you're gonna save a bunch of money.

A $50 price drop for the Xbox One is good news for holiday shoppers. It’s also a sign of where things stand for Microsoft in the latest round of the console wars.

A Sunset Overdrive-themed bundle will feature a white Xbox One console and a white controller. The final new bundle on offer, themed to Call of Duty: Advanced Warfare, will include an Xbox One with a 1TB hard drive (twice the size of a default Xbox One hard drive), a console and controller decorated in a Call of Duty theme, and exclusive in-game content.

Xbox One debuted with a $500 pricetag less than a year ago. The dramatic price drop is reflective of the trouble Microsoft has had in getting Xbox One units installed in gamers’ homes. This, in turn, is largely reflective of Microsoft’s misguided marketing strategy of selling the console as a home media system, versus a gaming system.

Integration with cable television at a time when people are cancelling cable and the ability to watch sports stats in a snap-in window on the side of the screen were the main selling points of the Xbox One as a media center. Both flummoxed gamers as design elements they ought to care about.

Microsoft also originally marketed the Xbox One as a digital-games-only console, which would upset the used game trade, and Microsoft said Xbox One users would need their consoles to be hooked up to the internet at all times. The original package also included a $100 Kinect 2 camera, when the Kinect on the Xbox 360 had proved to be relatively worthless for core gaming (which is largely the case for the Xbox One, as well). The PlayStation 4, on the other hand, sold for an MSRP of $400 upon release without these hindrances.

Photo by trekkyandy/Flickr(CC BY SA 2.0) | Remix by Fernando Alfonso III