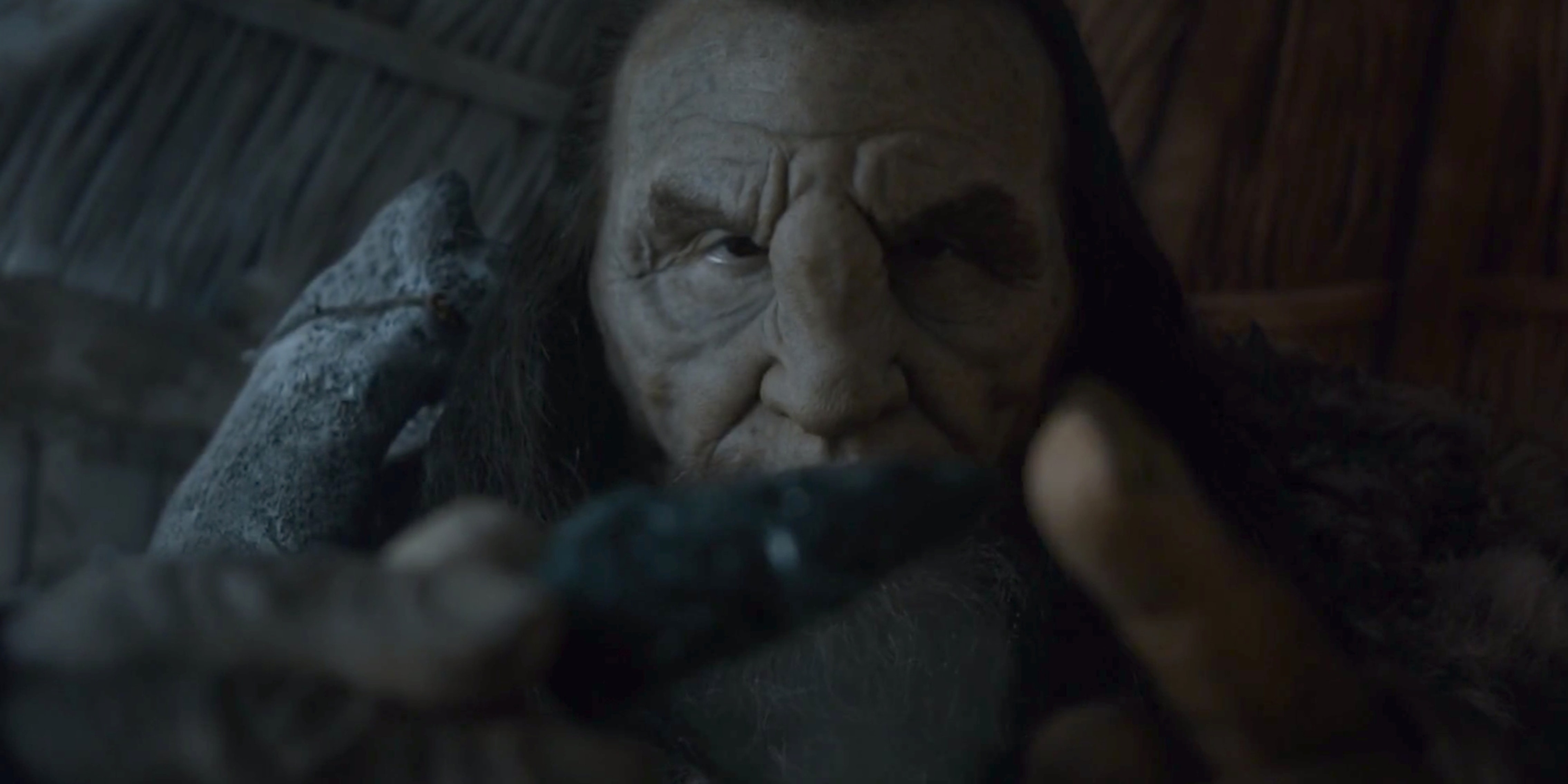 Our favorite giant has some sports lore attached to him.

This article contains minor spoilers for Game of Thrones and A Dance With Dragons.

Jon Snow might’ve been the brains of the rescue mission at Hardhome in Sunday’s episode of Game of Thrones, Tormund the wildling logic, and wildling chieftainess Karsi the heart, but the brawn, well, that came from the biggest character on the show yet.

We’ve seen giants before, so in an episode with plenty of WTF moments, the giant Wun Weg Wun Dar Wun (or Wun Wun, as he’s known) didn’t really make us do a double-take—at least until he started smashing the shit out of the wights attacking the wildling stronghold.

He already endeared himself to us by asking Dolorous Edd “The fuck you looking at?” in what Game of Thrones language expert David J. Peterson (who created the phrase) calls Mag Nuk, or the Great Tongue.

He could’ve been any old giant until Tormund called out to “Wun Wun” and the giant listened. Before that, we only learned the name of Mag the Mighty after he died at the Battle of Castle Black. Wun Wun, however, is a minor character in A Dance With Dragons and a great nod to football fans.

George R.R. Martin, along with being a longtime fan of sci-fi, fantasy, and comic books, is also a football fan. When he’s not blogging about Game of Thrones, events at his movie theater, or controversies in the literary world, he’ll often write about his two favorite teams, the New York Giants and the New York Jets, on his LiveJournal during the regular season.

Contradictory? Only if the two teams (who share the same stadium in his home state of New Jersey) play each other, and that only happens once every four years since they’re in different conferences.

He’s sprinkled references to other authors, other works (both his and other professionals), and the media throughout A Song of Ice and Fire, but his sports references are among his some of the most clever.

We learn far more about Wun Wun in A Dance With Dragons aside from his name and stature. He’s taller than Mag the Mighty, he’s a vegetarian who also likes the taste of wine, and when he reaches Castle Black Jon spends plenty of time with him learning giant lore. But his name shows he has some big shoes to fill. It’s a reference to former Giants quarterback Phil Simms.

But it’s not the name itself that’s the tribute, but his jersey number, 11—or one-one—that does it.

Ser Patrek of King’s Mountain’s sigil is a blue star on silver, which many of us will know outside of Westeros as the Dallas Cowboys logo. The nod, as well as his fate, is what happened when Martin lost a bet against his friend Patrick St. Denis. The two friends had an ongoing wager about which of their teams would win, the Giants or the Cowboys.

When Martin finally lost that bet, St. Denis wanted him to “kill him horrifically within the books.” Poor Ser Patrek, who served Stannis Baratheon, met his end after Wun Wun smashed him against the Wall, showing that even in Westeros a giant can defeat a cowboy. It’s the catalyst to something even bigger.

Having described New England Patriots coach Bill Belichick as “Evil Little Bill” on more than one occasion, it’s probably safe to say that Martin has very little love for the man who helms one of his least favorite football teams (and the one his Giants defeated twice in the Super Bowl). While killing Ser Patrek was a reward for a friend he admired, naming a character after Belichick probably wasn’t.

He appears in the form of Belicho, a “Volantene patriot” and once Triarch, or one of three elected rulers, of the free city Volantis whose tales are told in The Life of the Triarch Belicho. He had enough adventures and triumphs to warrant four books, but the final one, which Tyrion Lannister is reading in A Dance With Dragons, ends suddenly when Belicho is eaten by giants. Belicho’s death in that particular book is also a reference to the 2007 Super Bowl, where an undefeated Patriots lost to the New York Giants—Belichick’s fourth time going to the big game.

Martin has yet to confirm whether Ser Clayton Suggs, a hedge knight pledged to Stannis, is another football nod, but some fans seem to think that he is. His name is a mashup of Baltimore Ravens players Terrell Suggs and Mark Clayton, and his house sigil is a flying pig. He’s a cruel man who enjoys torturing and travels with a man known as Godry the Giantslayer; the Ravens were the only team to have defeated the Giants in the Super Bowl.

Well, we certainly don’t want to introduce him to Wun Wun.