Screengrab via World of Warcraft / IGN

Be careful when hunting treasure in WoW. Your reward may be death.

Imagine that you’re having a good time inside a multiplayer video game, solving a complex puzzle with your friends in search of a fantastic reward, and the reward turns out to be abject horror.

World of Warcraft is getting long in the tooth. Originally released in 2004, every new expansion for the game has to up the ante in order to keep WoW players engaged. The latest expansion, Legion, released on Aug. 30, includes treasure hunting quests that aren’t clearly spelled out. They require sleuthing and exploring, uncovering hidden nooks and crannies in the game world that players should be happy to discover.

A group of WoW players that belong to the Wowhead community embarked on one of these complex treasure hunts, looking for an item called Reins of the Long-Forgotten Hippogryph. Harry Potter fans probably remember what a hippogryph is: a half-eagle, a half-horse monster that sounds like a lot of fun to ride, right?

That’s probably what the intrepid group of players from Wowhead were thinking when they went looking for this magic artifact. They discovered hidden caves, tracked down magic orbs, and trekked all across the Broken Isles, the new area added to WoW by the Legion expansion.

The reward for their efforts? This guy: 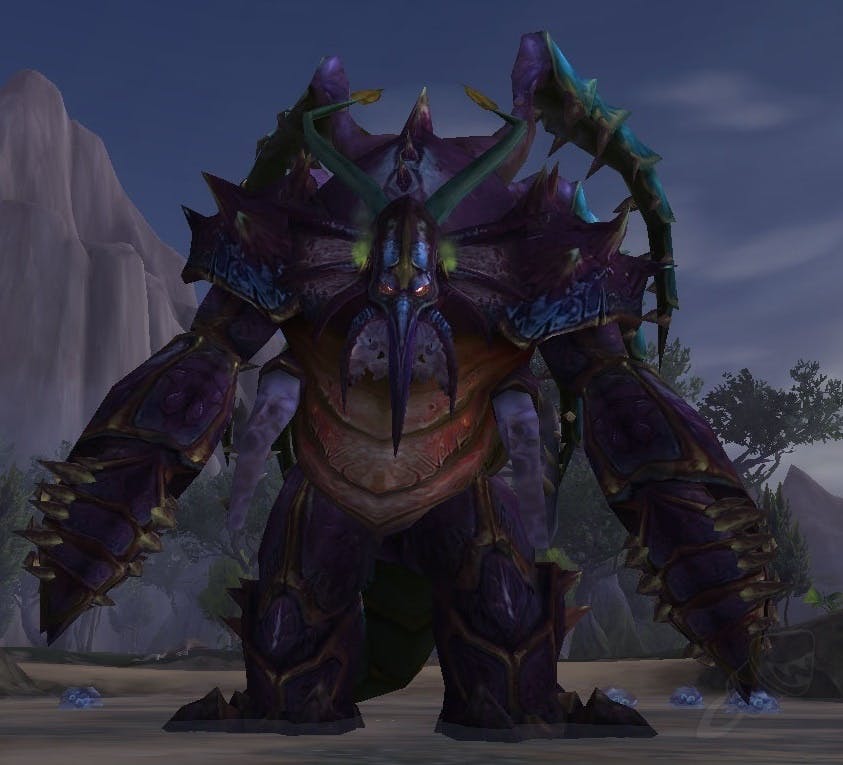 This is Kosumoth the Hungering. Run away.

He’s called Kosumoth the Hungering. He is huge. He makes horrible, gurgling noises. Many, many players are required to kill him. The Wowhead players accidentally unleashed this awful thing, when they thought they were completing the quest for the Reins of the Long-Forgotten Hippogryph.

They were wrong. Kosumoth is decidedly not a hippogryph.

You can discover the Reins in Legion, by finding and activating a bunch of crystals within eight hours of each other, and without having to kill a nightmare from out of a Lovecraft novel.