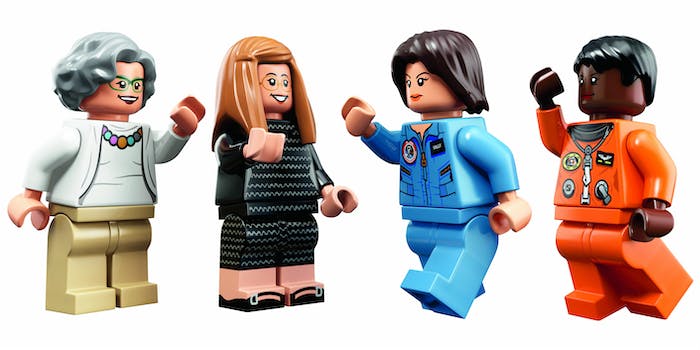 Girls in STEM now have a Lego box of their own: Women of NASA

Just in time for the holiday season.

With last year’s box-office success of Hidden Figures, it’s only fitting that the trend of promoting pioneering women in science, technology, engineering, and mathematics (STEM) trickled it’s way into the toy world—now, as little figures.

The box also includes three builds illustrating the women’s area of expertise: a posable Hubble Space Telescope with a projected image of planetary nebula for Roman, a stack of book elements representing the Apollo Guidance Computer for Hamilton, and a launchpad and Space Shuttle Challenger with three removable rocket stages for Ride and Jemison.

Each set includes a booklet about the four featured women of NASA, as well as the fan creator and Lego designers behind the idea, who hope their magic inspires even more young girls to get involved with these fields of study.