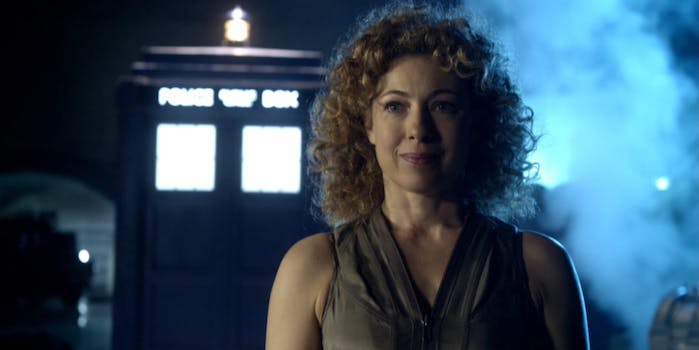 The ‘Doctor Who’ production team finally hires a woman director

This should a normal occurance, but it's not.

For the first time since 2010, it looks like Doctor Who will have a female director. For a couple of episodes, anyway.

Doctor Who has already been under scrutiny for failing to hire female writers and directors, particularly in the light of recent public discussions about sexism and discrimination in geek culture. As the showrunner of one of the most popular sci-fi shows in the world, Steven Moffat has faced increasing criticism for failing to hire any female writers in the four seasons he’s been in charge. However, it appears that Tank Girl director Rachel Talalay will be joining the roster of directors next season.

Talalay previously worked on genre shows including Supernatural and The Dead Zone, among many other TV credits in the U.S. She currently teaches at the University of British Columbia, which posted about her new Doctor Who gig on its Facebook page:

“Attention “Whovians!”: Our Assistant Prof Rachel Talalay is currently directing two episodes of BBC’s cult hit series DR WHO! She’s says she’s “sworn to secrecy on everything to do with the storyline… until it leaks out.” And yes, she admits to being a huge fan and “Taking crappy selfies in the Tardis.” So jealous!”

Doctor Who’s spoiler embargo rarely lasts for long, but for now we don’t know much about the episodes Talalay will direct. What we do know is that more attention will inevitably be paid to those episodes when they finally air, much as how some viewers still hark back to the handful of episodes written by Helen Raynor during Russell T. Davies’ time as showrunner.

The hiring of a female Doctor Who director shouldn’t be a hot news item, it should be a perfectly normal occurrence that happens several times per season. But until the show starts working with a more diverse creative team, this kind of thing will continue to be treated like it’s a big deal.